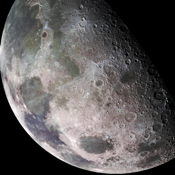 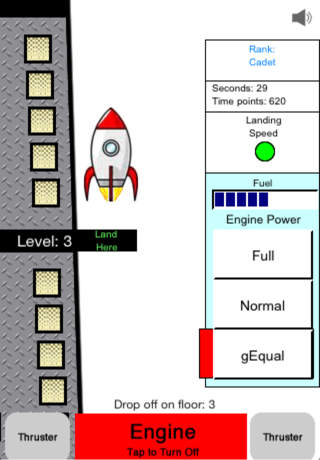 This is a space fantasy game where you control a special space shuttle as it lands on the moon. It is the year 2092 and NASA has built a hotel on the moon. Because the moon's gravity is about one sixth that of earth, they were able to build it six times bigger than the biggest hotel on earth. It is so big that elevators are not possible. Instead, NASA has built a new type of space shuttle to take hotel guests to their rooms. In this game, you control a small shuttle dropped from the main space shuttle and your task is to safely land it on the correct floor of the lunar hotel.

Although set in a fantasy context, this game accurately simulates the physics principles of gravity, velocity, and acceleration.