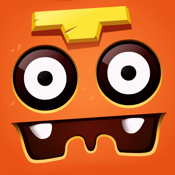 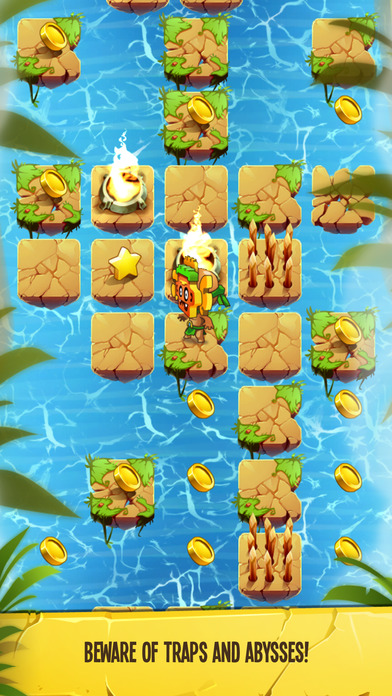 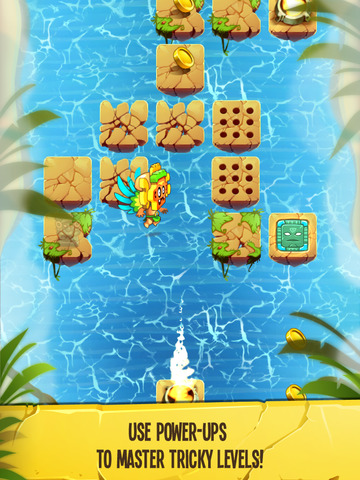 Back Majumpa up to pass the exam of the gods and thereby retaining his face and his glory. Jump from stage to stage in order to reach the goal. Be aware of numerous obstacles!

BACKGROUND STORY:
The lively Majumpa was on his way through the jungle to the well of water as he does every morning. However, at this fateful day Majumpa stumbled daydreaming upon a small slope and suddenly found himself infront of an old temple.

Curiosly, he entered the orphaned temple and got to the main hall. Majumpa noticed quickly the shabby statue in the middle of the hall. Especially the mask upon on the statue attracted his sight in a magical way. Being the ingenuous one he is, Majumpa took the mask and put it on. Instantly he heard an angry voice in his head which aroused an exceeding shock in him.

Without suspecting anything, he insulted the gods with this act. As a punishment, he was banned to the Spirit World of Gods. In order to get back to the world of the living, he needs to reestablish his face and thereby his glory by passing the exam in the hereafter and consequently pleasing the gods. Otherwise his soul will forever stroll in the Spirit World of Gods.