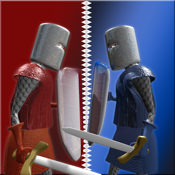 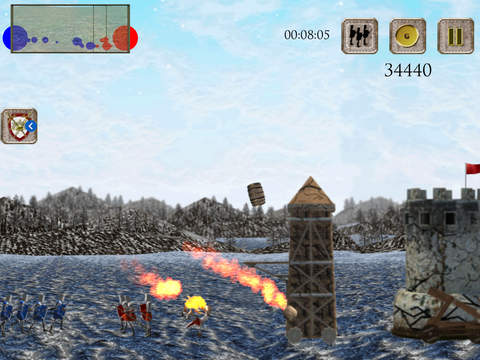 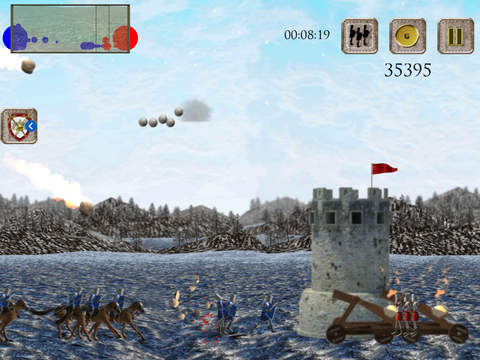 Bring these divided lands together, unite it under your kingdom and build your great empire.

At the time of the iron age, tribes ruled small regions of land, fought each other for wealth and personal gain, brought death and darkness to earth. One man's wisdom and vision was to unite them all under his command, crush armies of greed and build the empire of glory.

Join forces of good and fight the greatest battle to start a fulfilling journey of uniting all regions, tribes and take over gold resources to support your revolution into future and take the dark ages into ages of light and glory.

Challenge your friends in one of the best medieval strategy games for iOS devices. It's finger-friendly where you can engage into an awesome strategy game that allows you to control individual soldiers or groups to conquer and destroy enemy troops and resources, it allows you to build and gather resources to gain more power and speed with the ability to use more weapons and eye popping super-weapons ranging from raining-arrows to fire-storm of rocks straight out of hell and burn all enemy soldiers with their catapults and towers.

The game is a fast paced yet not overwhelming, very easy to learn and super fun to play in strategy flavour that help you to plan your moves and drag your enemy into traps, you can share your results with your friends and challenge them for who will take over and build the empire.

The game features huge amount of weapons that you can use and soldiers with different abilities and weapons that you can control in groups or individually, you can throw arrows from bow soldiers or control catapults and use all its weapons from rocks to explosive barrels and much much more.

Heroes of Iron Age app review: become a peacemaker and build a kingdom. If you were to build your own kingdom one of the first things you'd need to do is build peace among all so that a united kingdom is a possibility. The Heroes of Iron Age for your iPod touch, iPad, and iPhone tackles exactly ...