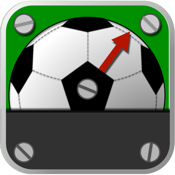 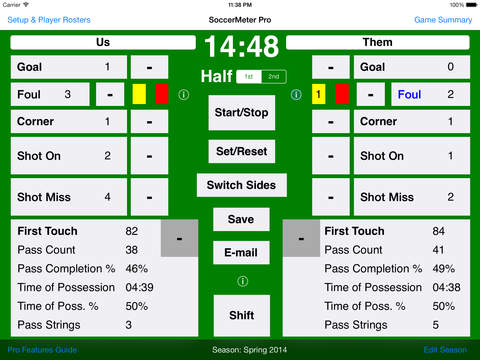 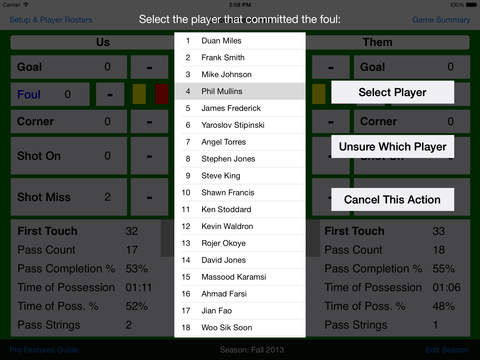 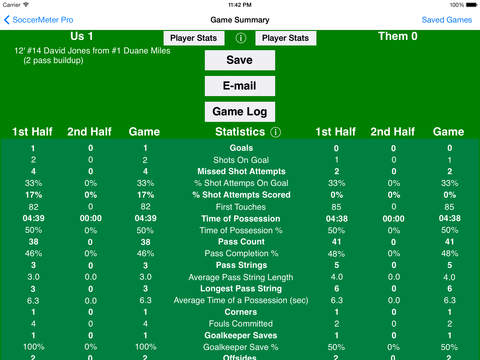 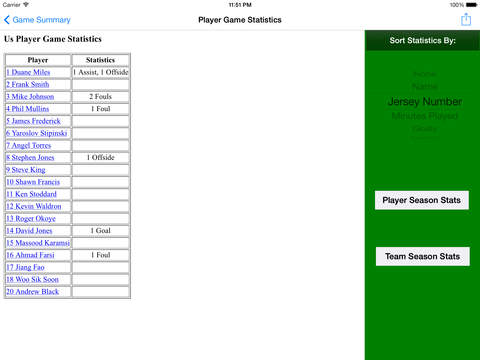 The ultimate in possession, passing, shooting, and scoring game statistics for teams and players at any level.

Tracks TEAM and INDIVIDUAL PLAYER statistics beyond SoccerMeter for iPad®, including compilation of statistics over an entire season of games.

Responding to numerous requests of users from around the world for extra capability, this most comprehensive and advanced ‘Pro’ version of the popular SoccerMeter app.

SoccerMeter Pro lets you track the passing, ball possession, and shooting performance of your favorite soccer team at any level using your iPad®. Simply register player First Touch on the ball using your left thumb for one team and your right thumb for the other team. Like earlier versions of SoccerMeter, SoccerMeter Pro uses these button presses to keep track of Time of Possession and Pass Completion Percentage of both teams. This simple data entry lets you watch and enjoy most of the action on the field instead of looking down at your iPad. You only have to find other buttons to capture rarer events such as Goals, Shots On, Shots Missed, Fouls, Corners, Offsides, and other statistics that you decide you want to track. Popup Player Rosters have been added so that you can quickly tap on a listed player to record who scored, assisted, fouled, etc. You can import/export Game Data and Player Rosters to/from spreadsheet and word processing programs. Generate complete team and individual statistics just like you see on television for top professional soccer games, including:

- Pass Completion Percentage for the Team.
- Time of Possession and Time of Possession Percentage for the Team.
- Number of First Touches and Number of Completed Passes for the Team.
- Number and Duration of “Strings” of Consecutive Completed Passes by a Team
- Number of Shots on Goal and Missed Shot Attempts for the Team
- Scoring Summary including Time of Goal, Scorer, Assister, and Passes in build-up to each goal
- Fouls, Corner Kicks, and Offsides for the Team and Individual Players
- Goalkeeper Saves and Save Percentage
- Two User-Customizable Statistics Buttons
- Player Rosters
- Starting Lineups, Substitutions, and Individual Player Field Time.
- Player and Team Statistics Totaled (and Sorted) Over Entire Season of Games
- Game Log Listing of all the action entered minute-by-minute.

This app is intended for team assistants and dedicated fans who are serious about collecting the most useful possession, passing, and scoring statistics while watching their favorite team. Coaches can then use your E-mailed possession statistics to evaluate both team and individual player progress within their system of play. SoccerMeter can also be setup to instantly message game updates to fans who cannot be at field.

SoccerMeter Pro is available only in the English language at this time.