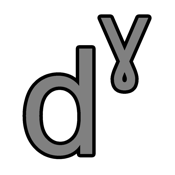 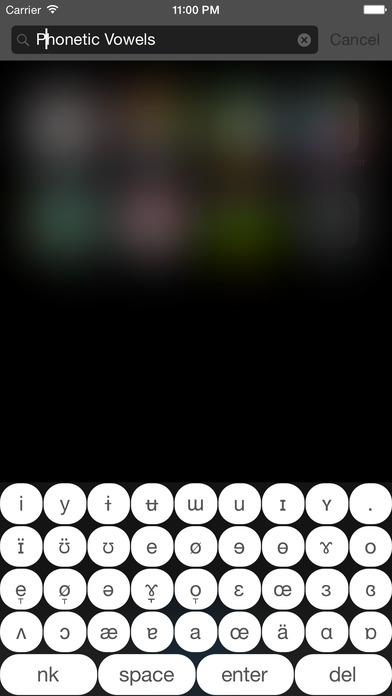 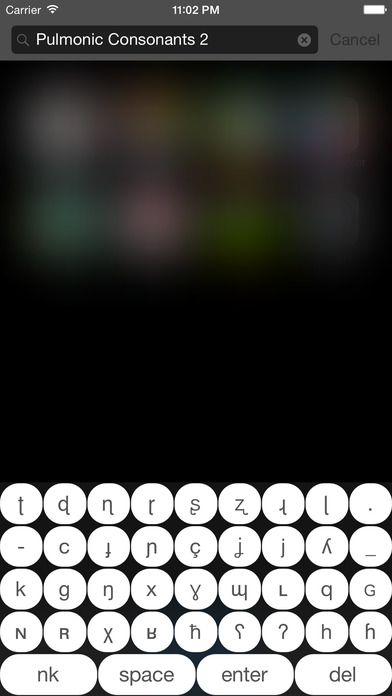 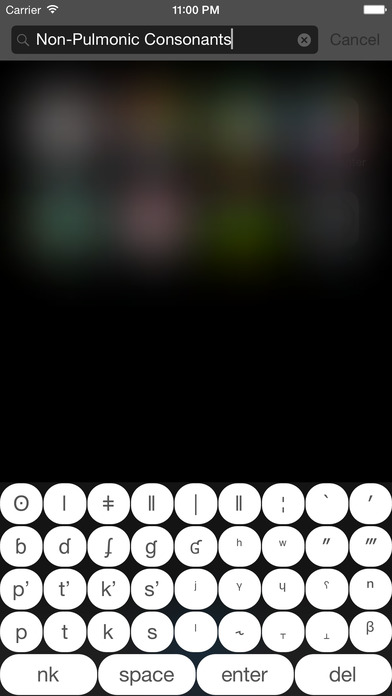 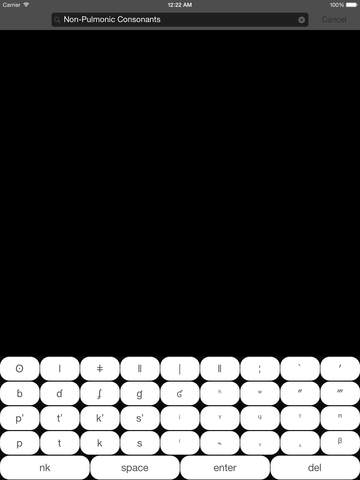 The PhoneticFont App was designed to allow users to enter common phonetic characters into iOS devices, including iPhones and iPads running iOS 8 or later. This app adds the ability to type over 150 commonly used phonetic symbols directly into your device's text fields, including word processing/note taking, social media, and messaging apps.

The PhoneticFont App also offers access to numbers and common punctuation, as well as select pipes, primes, and diachritics. The App does not currently offer symbols for tones, some word accents, or the voiced labiodental flap.