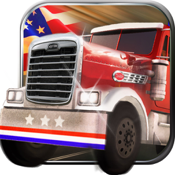 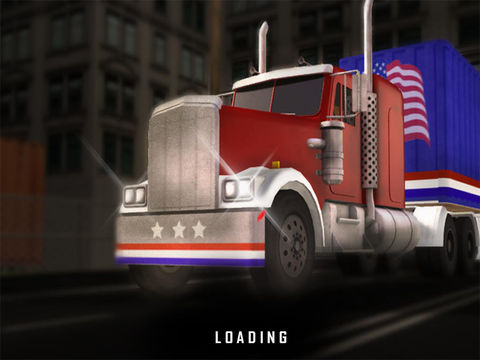 Acquaint yourself with truck driving skills by playing American Truck Driver Simulator 3D. Start traveling on the roads of NewYork and become the king of the Manhattan and other roads, drive for hours as a real trucker and explore the big and beautiful 3D City world.
In this newest and biggest american truck driver simulator 3D game of 2014. You can explore the career path of a real american trucker, as a trucker who be parking the truck in extreme difficult positions in the busy city life.. With a large amount of city to explore, drive around in big rig american trucks and find your parking spot. Test not only your driving skills but also your endurance and more as you are pushing it to the limit! Start your engine and set off for the big american roads in this awesome 3D truck simulator game
Be a part of this realistic America truck simulation challenging 3d game. You had driven construction, cranes and quarry vehicles where you use grabber, excavator in 3D simulator game and other parking games. This is not some garbage or dump truck race, or some crane lifter driving mania. Play as transporter for local goods, army loads, car transport with lifter cargo driver who transport and unload goods after picking a suitable parking slot. Drive extended 18 wheelers American hauler without any damage and accident. Park your vehicle at the target spot using your professional driving skills. Your driver career begins with this driving simulator 3D game, drive big rig cargo truck on massive highways with real physics and controls