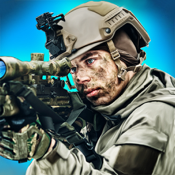 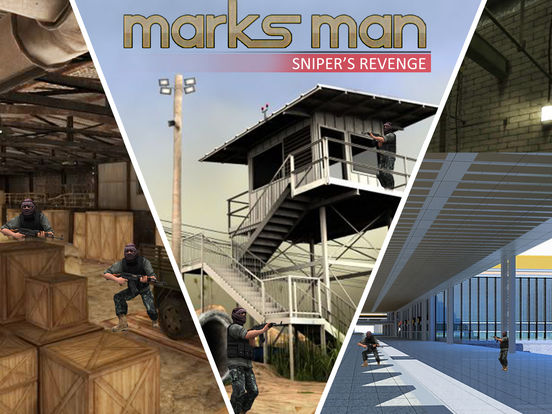 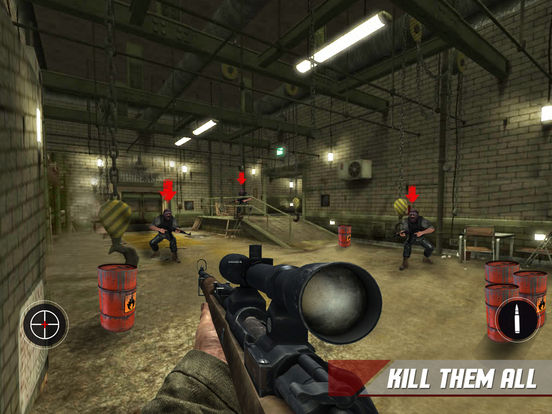 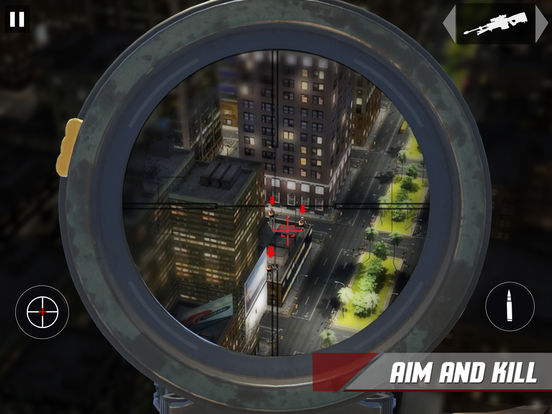 Assassin Sniper 3D is a free sniper shooter game for iOS. In this sniper game, you have to play as a Marksman sniper shooter and eliminate the criminals by using your sharp shooting skills. Kill the enemies of the state. Don’t let them escape, kill them all in time. Your mission is your first priority. Your American sniper rifle weapon is specially made for very long range shooting. You won’t have any other weapons in the field. Take the headshots and save the ammunition. This is the best fps game available on the store with HD graphics and cool sfx. DOWNLOAD NOW..!!

There are 2 different modes:

You will have three major locations for the elimination of the targets.

In airport sniper assassin shooting mission, you have to take out the targets who are trying to escape the country in the flight. You have to kill them before they board the flight. Try to take the headshot so that you don’t have to shoot the second time as the first shot will create a panic and it would be difficult to aim and shoot.