Interview with the creator of LifeLine Response 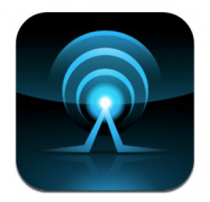 The following interview was with Peter Cahill, the developer of LifeLine Response.

A couple of years ago, members of my family were victims of attempted abduction.  I knew that there had to be a way to use technology to protect my family, but could not find a solution that I liked.  So, I set to work creating what would become LifeLine Response.

3) What was the thought process behind creating LifeLine Response?

We wanted to create an app that prevents assaults and attacks by empowering users to take control of their safety.  We have done our homework.  We have spoken to psychologists, engineers, survivors and safety professionals many of whom are considered the worlds foremost expert in there profession.  Every detail of this app was thoughtfully designed to prevent the escalation of an attack and minimize emergency response time if the user is in trouble.

4) Did you run into any difficulties creating this app?

Of course we did. We needed approval from government agencies, needed to build proprietary databases that took over three years to gather. Design arguments that ran for 72 hours straight, but I would not change a thing, the team we have assembled is one of the most senior teams in my 20 year history as businessman and technologist. The talent you surround yourself with has to have one common trait to be a winning team, RESPECT. We disagree constantly but everyone on this team is personally invested in making a difference and always has a voice.

5) Can you share with us what your IntelliTouch technology is?

6) What makes your LifeLine app stand out from similar apps?

7) What's the thought process behind offering a free 10-day subscription?

8) Can you share any examples of how this app has saved someone's life?

Since the release in September, the app has demonstrated and deployed police on three separate verified assaults.  A woman police officer age 38 from the southern part of the US was dropped off by her partner at her condo at 4:49am. She decided to use LifeLine Response as she has to walk down narrow and dark courtyard that her condo is resides in. As she was walking to her condo and walking up the steps leading to her door, someone came from behind and attempted to grab her. Her finger fell off the app as designed and the countdown began, the alarm sequence sounded and the perp ran from the scene. Her partner on the police force was only 3 blocks away and was provided with her specific gps location within 23 seconds of the attack beginning. He was on seen in 69 seconds. The most interesting part of this story as the founder of LifeLine Response is that she decided to have her hand on the app instead of her gun. When asked why, she said it made her feel safe. While this is tragic in every way, we know that our app can make the difference and it’s with great sadness that I report events like this. Can we say it saved her life or prevented her from being raped? No, I can’t say that because I don’t know how far the perp was going to take it. It’s not a responsible position for me to assume anything. I am very happy to report that neither of those things happened to her and it is her belief that it was the app that kept her from being assaulted. I want to make sure that I’m fully transparent, she was knocked down and scraped her knee on the cement steps but I shutter to think what would of happened if she did not have the app. I know the app performed as expected and provides a layer of protection that she will not go with out.  I think hearing stories from our customers like this provides everyone on my team a sense that they are really part of a tipping point and something much bigger than themselves. We are actually saving lives and preventing assaults. I think without question, I can be proud of that.

9) What's some of the general feedback you have received from users?

It’s very difficult to boast about your own product. It's a needed product considering 1 in 4 woman are sexually assaulted. How in the hell that statistic has not reached the Surgeon General of the United States and has not been defined as an epidemic, is simply unbelievable. I think seeing is believing and accolades are sincere when they are raw and not by the founder of the company. I encourage you to go to our testimonials page and judge for yourself from real people using the product. The testimonials link is http://www.llresponse.com/testimonials.html 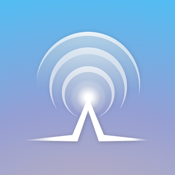