Apple pulls iOS iPhone update and how to restore to iOS 8.0.0 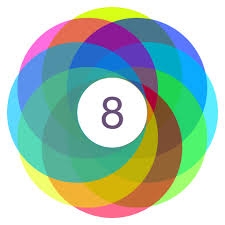 Yesterday, Apple pulled the latest iOS 8 update after receiving complaints that the update was causing problems with phone calls. iOS 8.0.1 was released Wednesday morning to address some bugs, including one that stopped users from accessing photos and one that could cause unexpected cellular data usage when receiving text messages. Some users who downloaded iOS 8.0.1 complained that calls were being blocked and even interfered with the Touch ID system in some phones. This allows people to use their fingerprint to unlock their phones. Apple has halted the update for users who have not yet downloaded it, and is working on the problem so advice can be offered to users who have downloaded it “as quickly as we can.” In the meantime, users can update to the original iOS update if they like.

If you were one of the people who updated to iOS 8.0.1, there is a way to revert back to iOS 8.0.0. First download it as an IPSW file from this site to your computer and select your device and model from the drop down menu. Once you’ve downloaded it, connect your iPhone 6 or 6 Plus and open iTunes. Under the backup options select “this computer” and then press “Back Up Now.” This will back up your apps and settings, email, and contacts, and will store it on your computer. Next, if you’re on a Windows machine, hold down the Shift key and click Restore then select your iPhone’s IPSW file and follow the directions. If you’re on a Mac, after you've backed up your iPhone, hold down the Alt key and click the Restore option in iTunes, then choose your iPhone’s IPSW file and follow the directions.

After you’ve restored, you will need to select the latest backup you just performed.