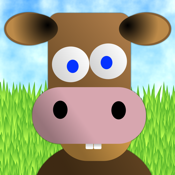 Simoo - The simple Simon says game with cows! is an iPhone and iPad game for kids to play with the premise of repeat after me. There are four cows, and a pattern is played; then your child taps the cows to repeat it.

Simoo is a fun game for kids to play to repeat a pattern. This is helpful for memory, spatial skills, and even music-learning. Your child is presented with a series of increasing patterns. First only one cow is signaled, then two, and so on. Initially, every kid is able to do the patterns, but as the game goes on, it gets more difficult and thus stretches your child’s skills.

Simon Says is a childhood game where a leader does an action, and the other participants repeat. Each cow does an action, and your child repeats. It’s a fun game, but also an easy one for kids to pick up and play without having to learn too many skills before playing. 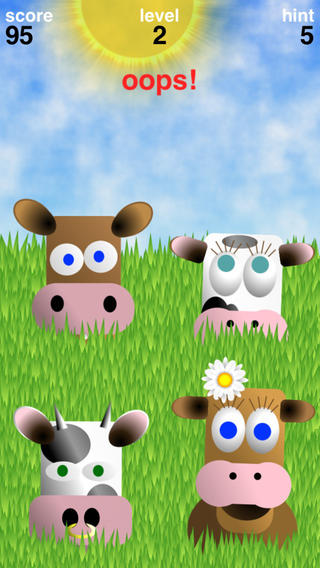 Spatial learning is an important skill for any child, and Simoo will help out with this. Children who are beginning to learn musical instruments can practice with Simoo by repeating patterns, just like they would on a piano, or other instrument. I like this app because kids are able to play a game while learning, so it doesn’t feel like work.

My kids played this game for a few minutes, but it wasn’t a favorite. My toddler wasn’t able to repeat the patterns as readily as she wanted to, so she’d go back to her favorites. My six-year-old played through about five rounds, and then got bored. Generally, this is pretty typical though, so the game did its job. 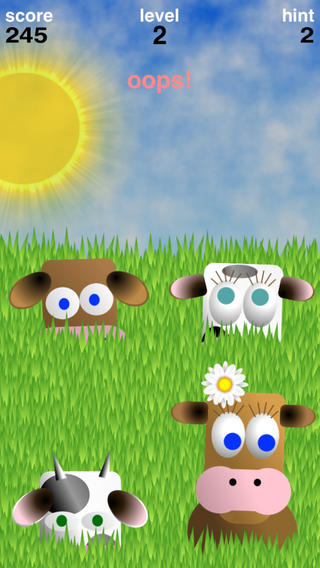 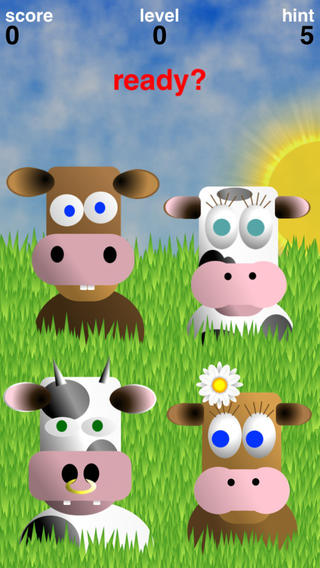 Simoo - The simple Simon says game with cows! is an iPad and iPhone app for kids to learn patterning, spatial skills, and even some music learning by repeating the motions. My toddler found it too tricky to repeat back the patterns, and my six-year-old got bored after a few rounds, so if you have a preschool-aged child, then this is likely the perfect age. Overall, this game has cute characters, and would be a great game for learning memory patterns and such. If your child likes cows, then this four-cow game will have them smiling and trying to repeat the patterns while learning.