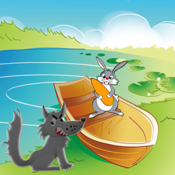 Animal Transport is an iPad and iPhone problem solving game that allows the user to puzzle out the correct order of moving the animals, vegetables, and so on from one side of the river to the next.

Animal Transport requires problem solving skills to get the animals, food, and so on from one side of the river to the other. In the first level, you have a bunny, carrot, and wolf. If you leave the bunny with the carrot, he’ll eat the carrot. If you leave the bunny with the wolf, the wolf will eat the bunny. You have to move them from one side to the other safely in as few moves as possible.

The best puzzle apps for iPad

In grade school, my teachers used to put up riddles like this all the time. I am awful at them! This game, however, provides a progressive approach. You start with three animals, rather than starting with nine for example. I could solve this one! 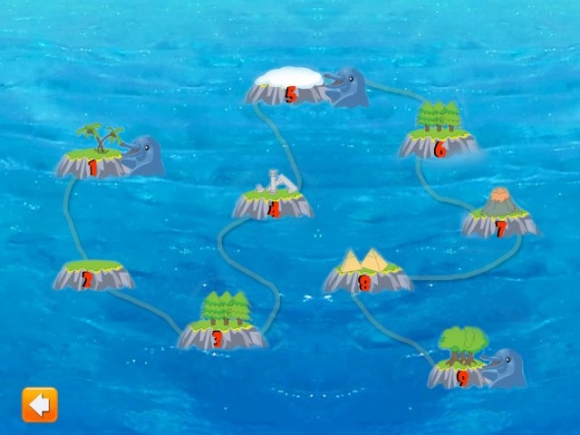 Animal Transport encourages higher-order thinking. When kids have to think of who will eat what, they are better able to move the puzzle ahead. They practice forethought. If your child makes a mistake, then the result isn’t gory. There’s no wolf chasing the rabbit, no clouds of dust to cover it like in Looney Tunes, so kids won’t be scarred for life or anything. A small box appears with a wolf holding the bunny by the ears, so you don’t have to worry, nor explain. A bunny eating a carrot is not as scary as the big bad wolf, so no worries there.

Some levels have more than two islands, so you have to think through that too. There aren’t more animals for a few levels though, so you get to figure out all the ins and outs of transporting the first three first. 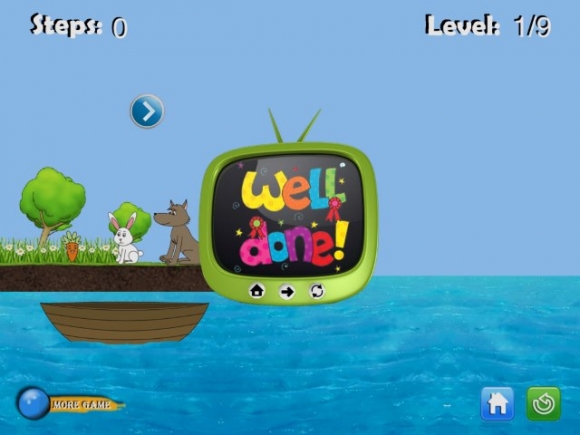 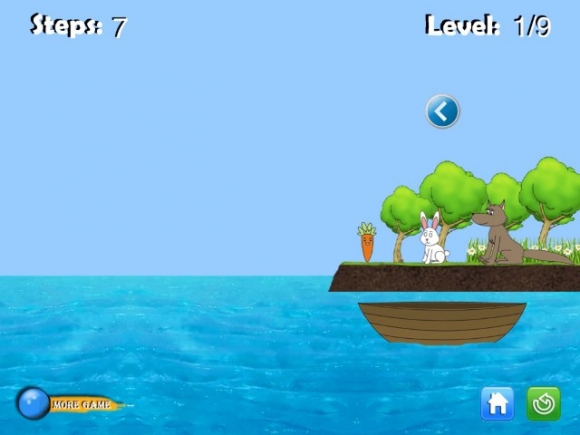 Animal Transport is an iPad and iPhone game that allows your child to use their problem solving skills and higher order thinking. They have to get the bunny to the island without it eating the carrot, but also keep the wolf from eating the bunny. There isn’t a gory story if you accidentally let the bunny get caught by the wolf, so your child won’t have nightmares. Overall, it’s a fun game to help kids figure out how to move pieces. It can be a precursor to chess or other strategy games, and my 11-year-old son enjoyed puzzling through the levels, and did so quite quickly, so you could start this activity with anyone ages five and up.