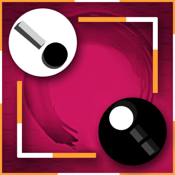 Physics-based puzzles are some of the most challenging ones out there and they can also be the most addictive types. The Spin 2015 app can be used on your iPod touch, iPad, and iPhone and follows the ancient philosophy of Yin and Yang. This game takes a look at how opposite forces are actually interconnected and builds a game around this. In this game Yin and Yang are separated, which in turn throws off the balance and it's up to you to restore it.

Have you ever thought about the fact that even though opposites repel one another at the same time they need each other to co-exist. This is the exact concept that is examined in the Spin 2015 app as it explores the relationship that Yin and Yang share. Yin and Yang is an ancient Oriental philosophy where they are interconnected and rely on each other to create balance in the world. Here Yin and Yang have been separated from one another, which mean the balance is off. Your job is to restore this balance through a variety of physics-based puzzles. The way this app works is that you need to guide Yin and Yang back to each other across a world that is rotating. You need to think your moves through and use gravity to force them to meet.

The app has recently been updated with a number of bug fixes and some overall improvements made to the gameplay. Users now have a smoother experience than ever to look forward to. There are no customer comments at this time nor is there a customer rating. 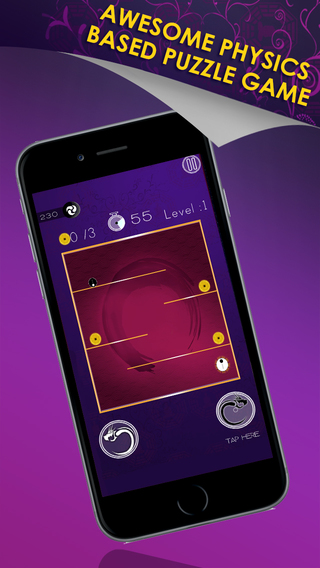 When you launch the Spin 2015 app the first thing you'll likely notice is the beautiful Tao theme of the game. It features gorgeous HD graphics and the music is meant to be calming and relaxing. That’s pretty much where the relaxation ends though because the gameplay is very challenging in a sense that it’s incredibly puzzling. As discussed the game board is a rotating world and this means you need to think through your moves as you use gravity to move the forces of Yin and Yang together and force them to meet.

The game controls are smooth and responsive reacting as real physics do, you can make use of a number of power-ups, and you can even challenge your friends by connecting through Facebook. It’s a simple game concept that has been very professionally done and the end result is addictive, fun, and filled with challenge. 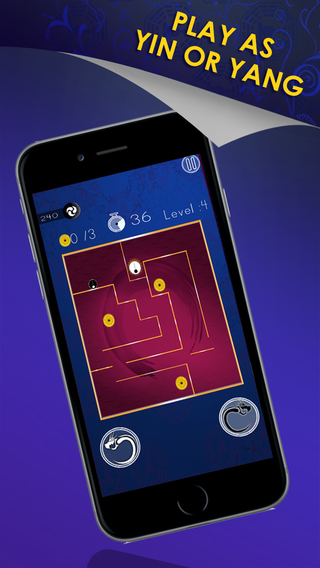 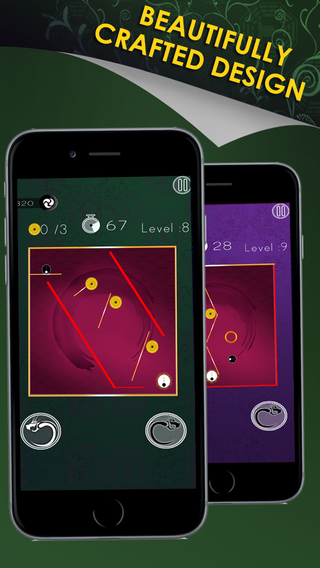 The Spin 2015 app for your iPod touch, iPad, and iPhone is a fabulously addictive physics-based challenge that responds beautifully.