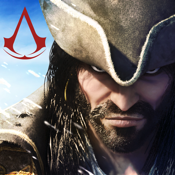 With this next app you'll be able to sail the open seas as one of the most feared pirates out there. The Assassin's Creed Pirates app for your iPod touch, iPad, and iPhone will take you on an adventure in the Caribbean as you sail aboard your pirate ship and take part in all kinds of epic battles. This game offers real-time action where you will make use of a whole host of weapons and take on all kinds of enemies.

Take Control of the Seas

How would you like to rule the Caribbean Sea? That can be possible with the Assassin's Creed Pirate app where you will be sailing as Alonzo Batilla, a young captain. Here's your chance to be fearless, challenge enemies and foes, break rules, and of course steal all kinds of riches. The app offers players the chance to take part in real-time battles that are intense and fun. You'll be able to challenge your enemies thanks to a full arsenal of weapons at your disposal, all of which are built for maximum damage. There are over 50 story and side missions to take part in plus you will be looking for lost parchments and hidden treasures, and of course fighting to acquire the most bounty.

The game is free to play but you can purchase coins and coin packs as in-app purchases that range in price from $1.99 to $99.99. The app currently has 4.5 out of five stars from users and even with such a high rating developers are currently working to improve the game further. 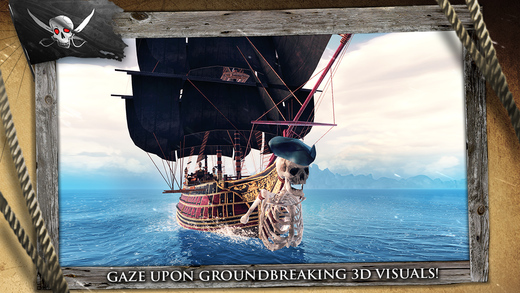 Features of the Gameplay

There are a number of great game features in the Assassin's Creed Pirates app such as the fact you'll get to acquire all kinds of legendary boats; you can also recruit your own crew, upgrade your ship, and even learn techniques that make you a more effective captain and pirate. As you sail the seas you won't just be battling enemies. You'll also have to deal with the weather which is constantly changing and threatening to mess with your gameplay.

The graphics definitely deserve a mention as they are extremely well-done and certainly make the battles feel even more intense. The 3D graphics feel as though they are going to come right off the screen and the attention to details is really evident. The game controls are smooth and help to make the experience all the better. 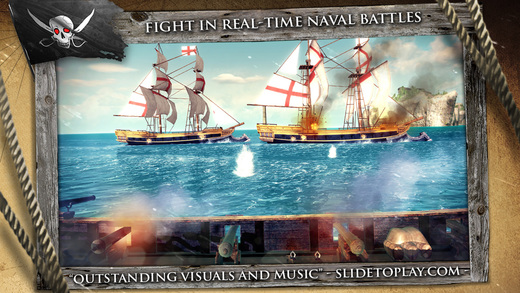 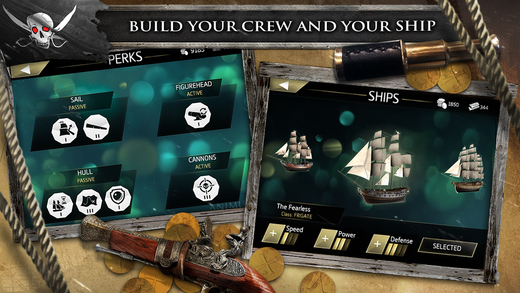 The Assassin’s Creed Pirates app for your iPod touch, iPad, and iPhone provides users with a way to live life as a pirate in a challenging and engaging game.