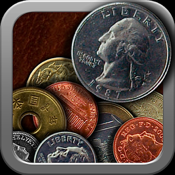 If you're looking for a way to entertain guests or just wow your friends, how about a little bit of magic? The Magic Wallet app for your iPod touch, iPad, and iPhone allows you to actually create money in your device and then "spend" it. This app challenges the whole notion that you need to work hard in order to earn money because instead all you need is a little magic. Thanks to this app you can make all kinds of currencies and have them appear right before your eyes.

The best magic apps for iPhone

It's All About the Money

With the Magic Wallet app it's all about the money as you are able to mint your own cash, grab it, and then spend it all in a virtual way of course. This app feels like it is part game and part entertainment. It will keep you entertained but at the same time its sounds and graphics make it feel like you are playing a game and there’s the fact it’s interactive. The app supports seven different currencies just to add a little more fun and realism to it.

Now this is a relatively old app and it really hasn't had any updates in a long time. Just for that reason alone the price tag feels much too high. It only requires iOS 2.0 to use so clearly we're not talking about new technology here. The app has three out of five stars and its comments are quite complimentary. The problem with this one, as users point out, is that after you use it a couple of times it pretty much loses its allure. 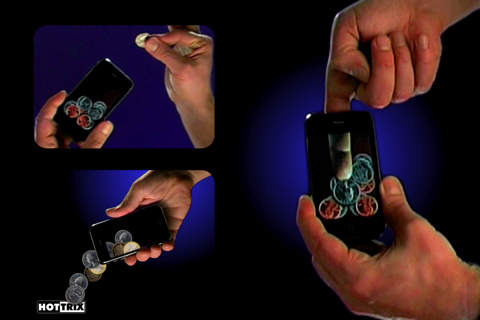 Perform a magic trick for your friends

The way this app works is that you are able to create the currency of your choice and then appear to grab it out of the screen and even tilt your device and "pour" the money out. The app makes use of through-screen technology and the coins all react in realistic ways as you roll them around. The app can sync your skin tone and finger size so it looks as real as possible when you “reach” into your device. There are some customization features and you can edit the magic triggers and effects.

This app is cute and will definitely entertain your friends and kids but again, after you perform the trick a few times, people feel very "been there done that" and really don't need to see it again. There is no additional content that would urge you to keep coming back. 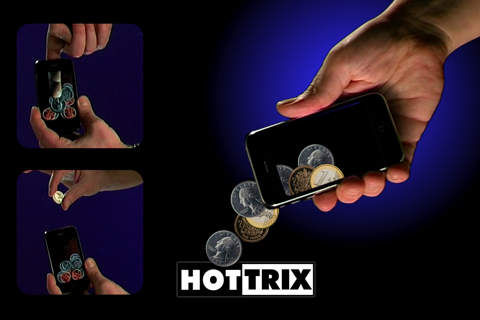 Appear to pour the money out

The Magic Wallet app for your iPod touch, iPad, and iPhone may wow your friends the first time but after that this one has no staying power.