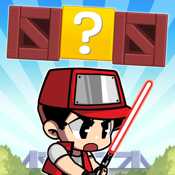 Cosmic Fantasy has both the sharpness of new games with the drawing style of the old games. It’s not quite pixelated, but the characters do have a blocky feel that gives it a touch of retro. The main character in reminiscent of Super Mario, but has his own touches, such as a lightsaber-like baseball bat that he smacks the enemies with, or bats the tossed baseballs. Initially, the enemies are just ninjas that you have to jump over, but then the skateboarders start to get you. I really liked the baseball pitchers and catchers, and there are even bases on which you are safe!

The bank machines guard super coins, and sometimes there is more than one bank machine on top of the other. This was unexpected, as you would expect the enemy to be more difficult, but not stacked up.

I also liked that there are check points throughout the level. I am not the best at video games, but I was able to get most of the way through the first level the first try. I also liked that if you had earned enough gems, you can buy your way back into a save point. If you haven’t, you can always try again! 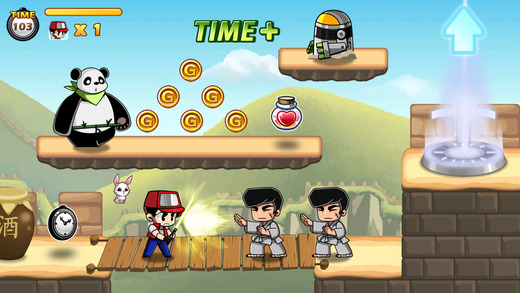 Cosmic Fantasy reminded me of Super Mario Bros the original game for Nintendo. You get one chance to get through the level, and if you don’t you have to start again. None of these save points to keep trying to go further; you succeed or you go back to the start. I actually like this style of game even though I’m always back to the start. It really shows how well you can do  when you are able to go further and further each time. It shows progress, rather than getting to the save point by the skin of your teeth and then getting to continue anyway. 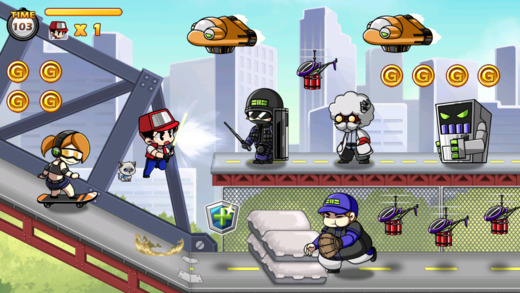 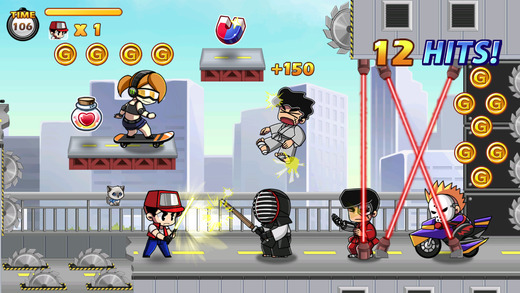 Cosmic Fantasy is an iPhone and iPad game that will have you defeating a variety of enemies in the old-style win or restart manner. The only exception to this is if you have collected the elusive gems to buy your way back to your previous save point. I like that I have to restart the game, because I am able to see my progress as I go further and further. I don’t mind that I can’t buy the restart without gems, because this provides an extra challenge to the game. Overall, I enjoyed this game, and will be keeping it on my device for my son to play.