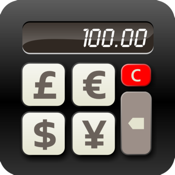 Being able to do a currency conversion in your head quickly and on the go isn't something that most people can do and come up with an accurate answer. The eCurrency app for your iPod touch, iPad, and iPhone is a handy tool that takes all the guesswork out of the conversion process. Perhaps you have a trip coming up or maybe you just need to be able to make currency conversions in your everyday life; this app is able to support more than 190 of the most popular currencies.

Currency Conversion Can Be Quick and Simple

There's no reason that performing a currency conversion should be anything but quick and simple and that's what the eCurrency app ensures. All of the most popular currencies are represented here: there are more than 190 to use. The app is also able to work without an Internet connection, giving you freedom when traveling. The user interface has been set up to be smooth and simple for customers and the keypad makes fast entry possible. If you'd like, you can set up the number formatting and your own home currency.

One thing to be careful of is that the app automatically updates the exchange rates when you launch it, which requires an Internet connection. If you don't want this to happen you can deactivate the automatic update function. The app was last updated just over two years ago when some small updates were made and it was optimized for iPhone 5 and iOS 6. The app has four out of five stars from users who have called it functionality, accurate, and easy. 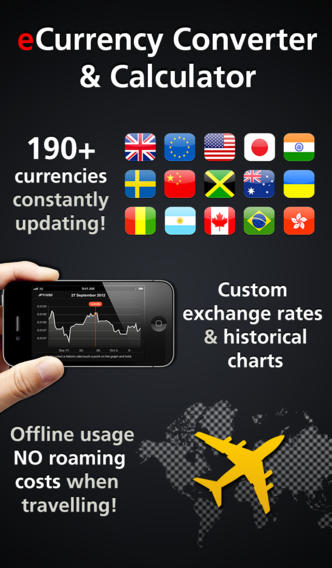 Additional Features of the App

The eCurrency app does contain a few added features and tools for users to explore. For instance you'll be able to view graphical charts for the exchange rates shown as one-week, three months, six months, one year, two years, and five years. For the times you want to do a reverse conversion it requires just one tap, you can shake the device to inverse the calculations, plus you can enter in custom entries. Besides setting up your home rate you can also set up a list of rates you use most often.

Using this app really couldn’t be easier and the fact it is so versatile makes it very helpful tool. Because so many of these style tools require an Internet connection and this one doesn’t it manages to stand out. 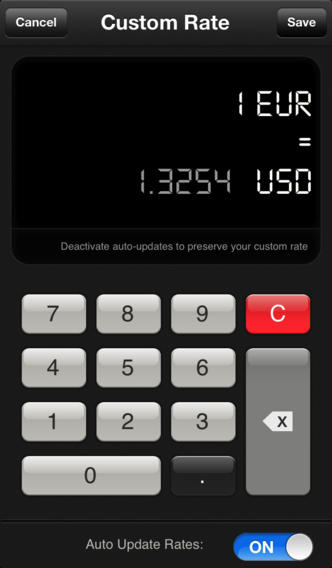 Currencies can be performed offline 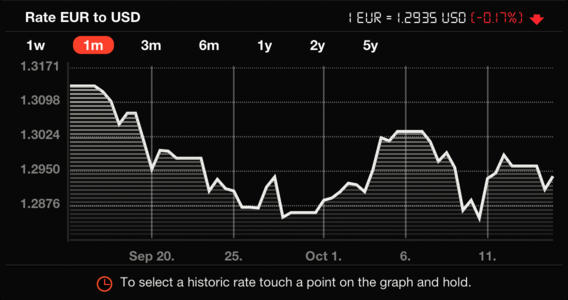 The eCurrency app for your iPod touch, iPad, and iPhone is a handy tool when traveling or even just when you need to make a quick and accurate currency conversion.