We've come across a multi-function tool that makes it possible to stream all the media on your mobile device to another screen. The ArkMC DLNA UPnP Media Center streaming server app can be used on your iPod touch, iPad, and iPhone and makes it possible to stream to your PC, MAC, an HD TV, AllShare TV, PS3, Xbox360 and more. The app makes streaming simple and smooth so that you don't have to have some sort of degree just to work it. It acts as a perfect solution to your media-streaming needs.

With the ArkMC DLNA UPnP Media Center streaming server app you'll be able to stream your media from your mobile device seamlessly to a variety of other screens. What's really great is that you can stream to multiple screens at once and they can be different media files. For all its capabilities it’s surprisingly easy to use with a menu that is user-friendly. You can stream such media as videos, movies, photos, and music. You've able to download your media files to a Documents folder so that they are also available to you offline.

The app requires iOS 7.1 or later to use and currently has 3.5 out of five stars. In its latest update there were user interface improvements, bug fixes, YouTube support, and it was made compatible with iOS 7. Users have described the app as easy to use, much improved in the latest version, and it’s able to work with all media without issue. 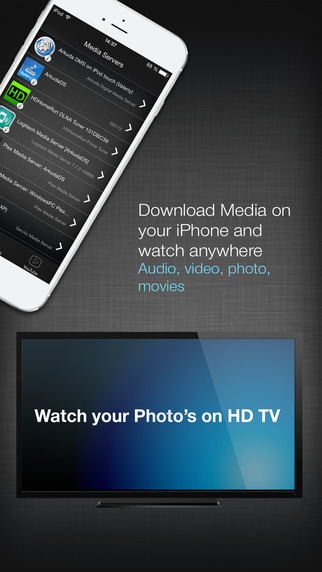 Stream media to another screen

The ArkMC DLNA UPnP Media Center streaming server app really manages to pack a large amount of features into a compact offering. It's able to stream all the most used media formats such as MP4, AVI, MPG/MPEG, FLV, MOV, WMV, and so much more. Because you're streaming there is also no need for wires or any additional equipment which can be both costly and confusing to use. Make the app even more multi-functional by adding and deleting YouTube channels that you can watch anytime you want. It should be noted that if you plan on streaming iTunes movies you have bought they won't work through this app.

The app is described as a powerful UPnP/DLNA offering, which is the perfect way to describe it. The user interface is modern and streamlined, which makes the experience that much smoother. 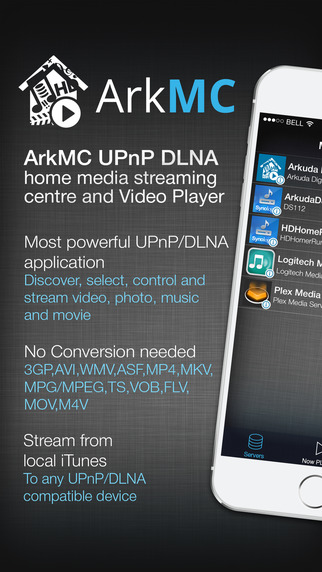 Make use of the multitude of features 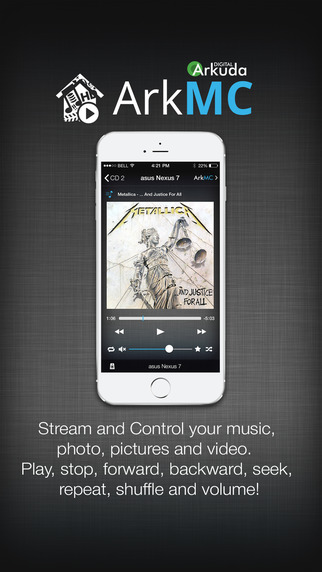 The ArkMC DLNA UPnP Media Center streaming server app for your iPod touch, iPad, and iPhone may quickly become your favorite media streaming tool thanks to its ease-of-use and high-quality features.