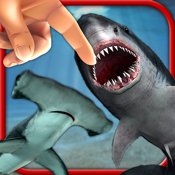 We've got the perfect way to get some laughs out of your friends, yeah it's a bit out there but it's sure to have you all laughing. The Shark Fingers! app for your iPod touch, iPad, and iPhone gives you the ability to feed your friends to the sharks in this interactive 3D virtual aquarium. With this app you'll be able to use your background in live camera mode as you send an image of your most loved friends right into these shark infested waters and then with a simple double-tap it's time to attack.

While the idea of interacting with shark infested waters may seem nothing short of horrifying the Shark Fingers! app instead makes it an absolutely hilarious experience. This 3D interactive experience makes it possible for users to use the app as your camera's background so when you snap a photo it will look like your subject is in the shark filled waters. And when you’re ready for those sharks to attack just give a double-tap on the screen. A single tap will snap a photo of the whole production so that you can then save the picture and share it on Facebook for even more laughs.

This app is free to use but there is an in-app purchase available of $0.99 which provides additional features and will remove the ads. The app currently has three out of five stars from users who have called it fun and a real feeding frenzy. 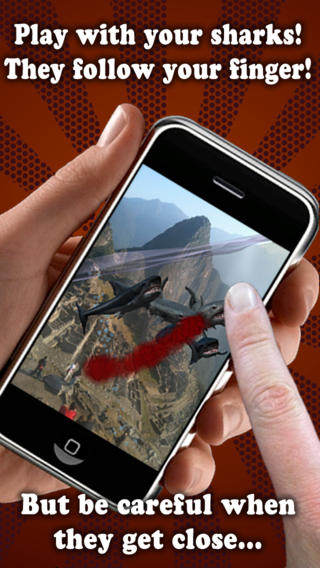 Interact with these sharks

The Shark Fingers! app is all about providing users with an engaging virtual experience. We aren't just talking about one shark we're talking about a whole school of them that are just ready to attack with a couple of taps on the screen. You have the chance to snap a photo with the app or you can use one from your Photo Album if you prefer. As you touch the screen you will be interacting with them so you want to be careful they don't "bite." If they do bite there will be blood in the water, which will only draw the attention of more sharks. As this is meant to be a virtual aquarium try tilting your device to see how the water reacts in a realistic way.

The graphics are certainly fun and entertaining here but it would be nice to see more details added. It feels like this is a really fun concept that is almost there and it just needs those finishing touches. 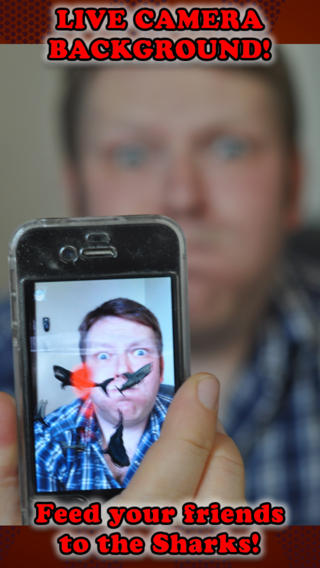 The graphics come across as average 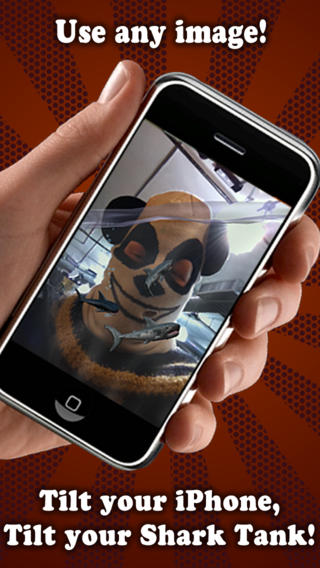 The Shark Fingers! app for your iPod touch, iPad, and iPhone is a fun offering that will certainly leave you entertained. It would be nice to see a little more polish here in order to really set this app over the top.