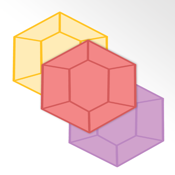 Three or More is an iPhone and iPad match-three game that doesn’t follow the traditional formula. Rather than swiping, you have to find the link to get the points for the row of gems.

The best iPad apps for Match 3

Three or More has three distinct modes for you to enjoy. You can choose from Timed Mode, Moves Mode, or Endless Mode. Each is pretty self-explanatory with Timed Mode challenging you to get as many moves as possible before the time limit runs out, Moves Mode having no time limit and earn bonus points after 45 moves, and finally the Endless Mode having no limits at all so you can just keep on playing.

Another thing that’s different with this game is that rather than the fancy-dancy graphics of other match-three games, this one has a beautiful simplistic layout. The gems are on a plain white background and are lightly colored with a sketch look to them. Around level five you start to get the black gems to increase difficulty. More colors makes finding moves more difficult. 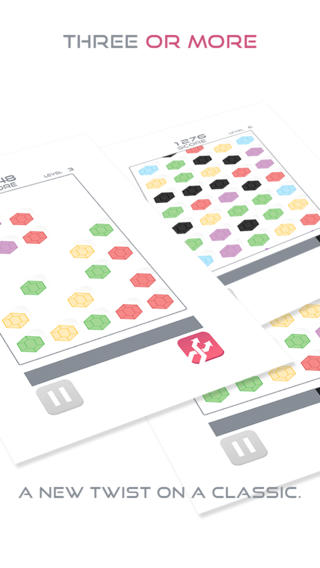 Three or More doesn’t move the same as other match-three games either; in traditional match-three games, you have to swipe and exchange gems in the line. In Three or More you just tap. You search out groups of three or more of the same gems, and tap to gain the points. This is a fun way to play. If you get stuck, just have a tap around to find those missed, or if there really isn’t a move to make, then you can hit the shuffle button. This will cause you to have a penalty, but you won’t lose too much time for it.

As far as difficulty goes, it’s a fairly easy game to get the hang of. I got to level six within a few minutes on the moves option, and while I did shuffle a couple of times, I didn’t get penalized too badly. There is a sliding bar at the bottom of the screen on moves mode indicating how many more moves you have to the 45-move goal. 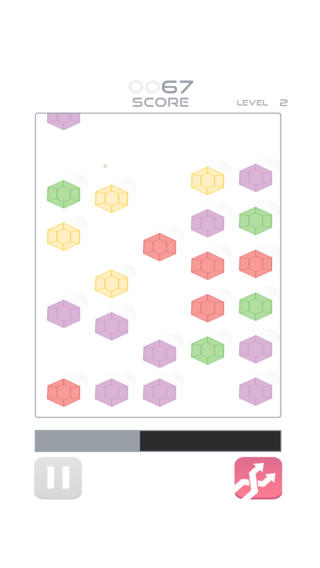 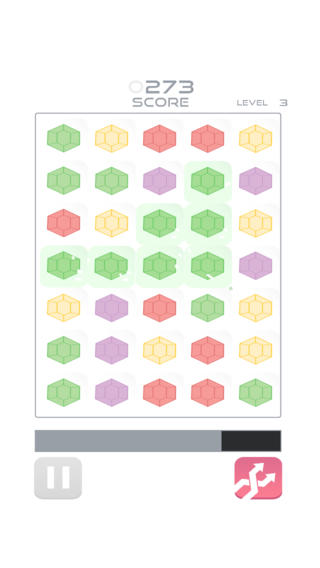 Three or More is an iPhone and iPad game that falls in the match-three category, but plays differently. Rather than swiping the gems to line them up into rows of matching colors, you just tap groups of matching gems to complete a move. This is fun, but can also be annoying when you see a great move but cannot connect the gems by swiping as you would in other apps. Overall, it’s a fun game to play and I did enjoy this version.