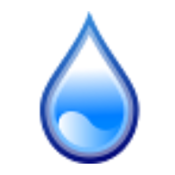 RainFall Free app review: raindrops are falling from the sky

Here's a game that centers around the sky and the fact that raindrops are falling from it. The RainFall Free app can be played on your iPod touch, iPad, and iPhone and requires players to collect all the raindrops that continue to fall from the sky. Of course it starts out easy but doesn't stay that way and before you know it the raindrops are falling so fast you'll find it next to impossible to catch them all. There are fun features and surprises built into the game too and you'll find yourself addicted quite quickly.

The best iPad apps for weather

It's Simple - Or So It Seems

The RainFall Free app is a rather deceiving game. The game seems very simple; all you have to do is catch the raindrops as they fall from the sky. This is done by tilting your screen so you don't even have to worry about confusing controls and buttons. It starts off really slow and easy but then the raindrops start increasing in amount and speed and you'll really have to hustle to catch them. It’s a perfect example of a game that is easy to understand but requires plenty of practice in order to master it. The app of course supports the Game Center giving you an extra challenge as you work your way to the top of the Leaderboards.

The app has just been updated with a couple of new features. You can now play music while you play and you can pause the action at any time by touching the screen. The game requires iOS 6.0 or later to use and currently has a perfect five star rating from users which have been left incredibly impressed with this offering. The graphics are detailed and really set the scene

It’s not that you’re getting punished for doing well in this game but you kind of are! The more raindrops you catch in the RainFall Free app the more that fall, making the game that much harder. Now to help you out with climbing the Leaderboards there are all kinds of power ups you can collect as they too fall from the sky.

The graphics deserve a mention in this game too as they are very detailed, beautiful, and do a great job of setting the scene. The game controls are responsive and smooth and very little tilting is required in order to move your bucket around the screen. 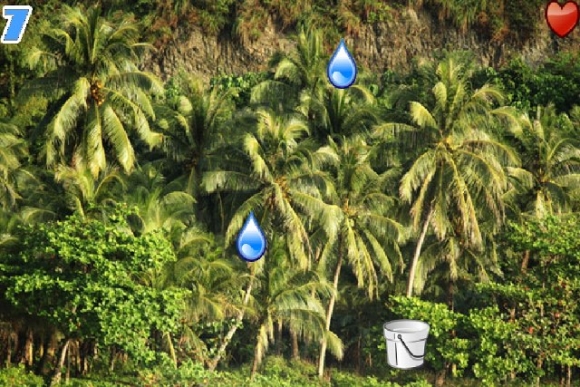 Tilt your device to catch the raindrops 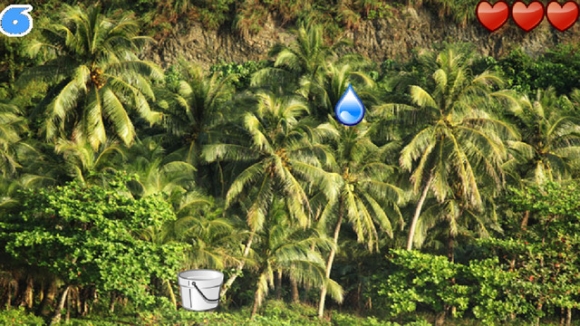 The RainFall Free app for your iPod touch, iPad, and iPhone will have you tilting your device from side to side in an effort to catch all the raindrops. This one is addictive, smooth, and plenty of fun to play.