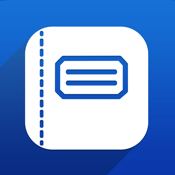 Sometimes you just need to be able to jot down thoughts and ideas but that doesn't mean you have a pad of paper handy. The PhatPad app can be used on your iPad as a quick and simple solution to help you get your ideas out in a creative way. Use this app to make notes, draw pictures, brainstorm, create charts, add images, and so much more. This is a highly versatile tool that attempts to act as a number of different apps all in one.

Striving to be More

The PhatPad app has taken a number of different steps to try to stand out and not be known as just another note-taking app. Because of its versatility its' user base is actually quite varied as anyone from students, to business owners, to just someone looking to organize their thoughts and ideas can use it. The app can be synced with such things as Google Drive, Box, iTunes, Evernote, and Dropbox. With this app you can either scribble or type your notes and it uses digital ink technology which is crisp and clear looking. Your documents can be exported as a PDF, shared through a WiFi network, printed via AirPrint, and emailed.

This productivity-based app requires iOS 6.0 or later to use and has a number of in-app purchases available that range in price from $2.99 to $4.99. Most of these are language packs. The app currently has 3.5 out of five stars from users who like what it has to offer but feel the user interface could do with some streamlining. In its last update it became possible to share your work on the current screen and then chat in real-time about it. This is great when you are collaborating on a project, idea, or assignment with others. 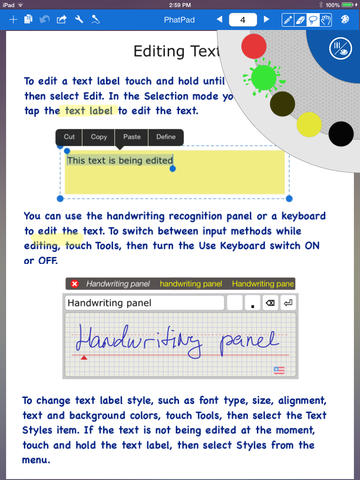 Developers want you to think of the PhatPad app as your very own virtual notepad or scratch pad. It is able to recognize your handwriting and then take that writing and convert it into digital text with ease. The same goes for shapes, it can take your shapes and then perfect them right before your eyes. Go ahead and add images and draw and then share your documents with others. There are some editing tools that include paste, copy, cut, redo, and undo.

The user interface is relatively smooth but there are an awful lot of menus as users have commented. With just a bit of streamlining this could be much more compact. 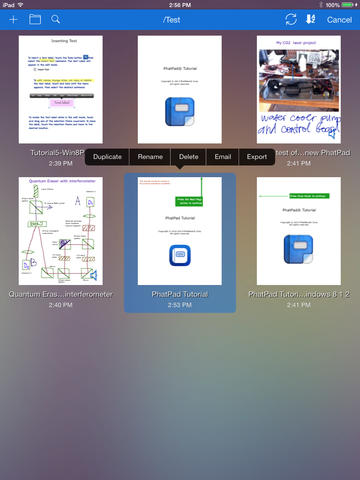 The user interface could be cleaned up a bit 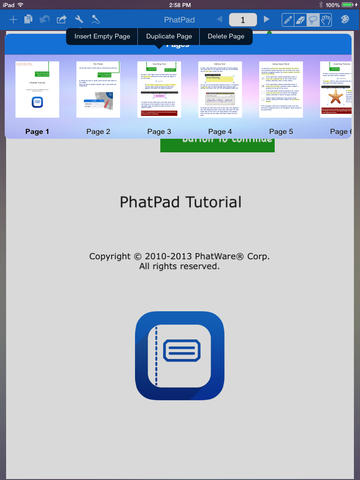 The PhatPad app for your iPad could be a wonderful offering if it just goes through a bit of streamlining and simplifying.