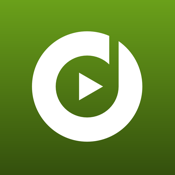 For many of us, music is a central part of our existence and the App Store is a great place to find apps that cater to our own particular musical tastes. There are apps for every kind of musical preference from country to Rock `n` Roll. There are also apps to satisfy less common musical tastes such as Psyself Trance Radio which is dedicated to electronic trance music. This is a pretty simple app without any bells and whistles at all, but if you love this type of music this may be just the app you`ve been looking for. This is a free app and it’s compatible with the iPhone, iPad, an iPod Touch.

Get Your Trance On

Trance music first became popular in the late eighties and early nineties with a haunting brand of music backed by an electronic beat. It`s definitely a different style of music and certainly not for all tastes but for those that enjoy it, it`s got an addictive rhythm that just can`t be ignored. Psyself Trance Radio is one of the first apps to cater to a very distinctive brand of music fan and it does it in a very compact package.

What I didn`t like about this app was its lack of any sort of search option. There`s no way to search for any of your favorite DJ`s and no way of favoriting a track you like to listen to later. This was more than a little frustrating. There`s also a few ads to contend with in this one although they`re just in the form of banner ads along the bottom of the app so they`re not overly obtrusive. 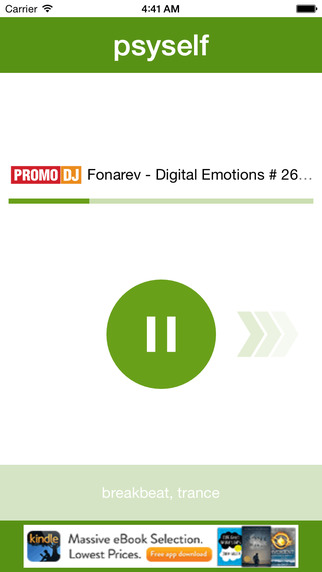 When you try out this app you`ll be stunned by the absolute simplicity of it. The first time I opened this app I was a little puzzled. There are no menu`s, no instructions, and not much of anything really. You`ll notice the familiar YouTube logo which clearly indicates that this app piggyback`s off YouTube for the source of its music, other than that, there`s just a big play button and some arrows next to it. The name of the song that the app is focusing on is also displayed next to the YouTube logo.

As it turns out, to listen to a song you simply tap on that big play button. All the songs are electronic trance style as you might have guessed. If you don`t like the song that the app has chosen for you simply tap on the arrows to the right of the play button – they kind of look like the traditional fast forward symbol on a DVD player and that`s essentially what they are. That`s all there is to this app – it`s about as bare bones as an app can be. 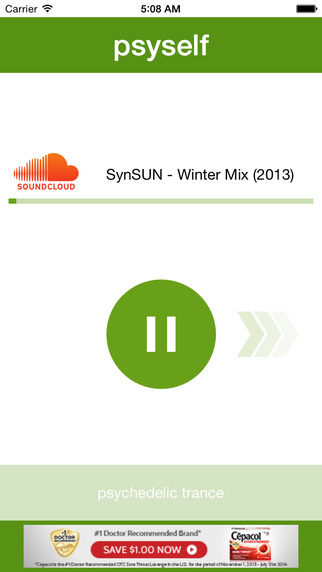 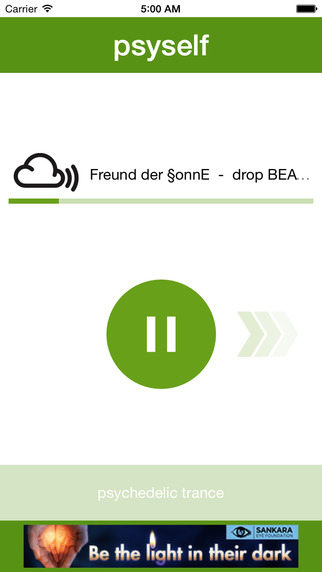 Psyself Trance Radio is all about the music and nothing else. If you like electronic trance music then you may want to check this one out but don`t expect anything fancy. This app is about as bare bones as an app gets.