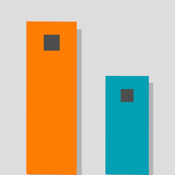 Are you ready for a fast-paced challenge that never lets you rest? If so the Shunt app for your iPod touch, iPad, and iPhone may just be exactly what you're looking for. In this game you are working to make your way through the levels without letting any of the obstacles fall on you. It takes speed and quick reflexes in order to succeed in this game. The app offers that extra layer of challenge by supporting the Game Center so you can see exactly where you stack up next to your friends.

Do you think you've got what it takes to avoid all the obstacles in a fast-paced challenge and unlock all the achievements? Instead of just saying "yes" why not prove it's true by taking on the challenge that the Shunt app offers. There is no such thing as a relaxed pace in this game, it's high-intensity from the moment you launch it. The rules and game controls are simple, it’s all about your reaction time, which makes it both challenging and frustrating in all the best ways.

The game requires iOS 6.0 or later to use and in its recent update there were a number of changes made to the app include improvements made to the user interface. As well there was all new themes, a new icon, new music and sounds, and the ability to now unlock new skins. After all the updates the app looks and feels totally different. This one doesn't yet have any customer comments or a customer rating. 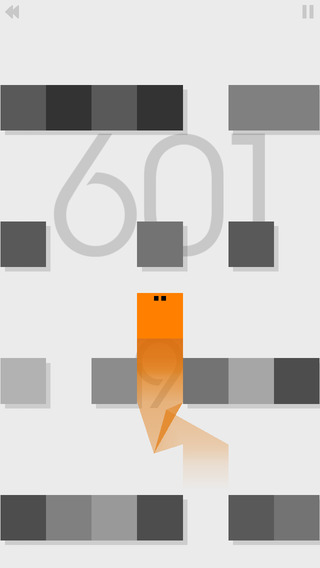 The game controls are simple and smooth to use

The Shunt app will grab your attention from the moment you launch it thanks to the rather retro-music that is playing. As mentioned this one supports the Game Center giving you even more of a challenge as you fight to reach the top of the scoreboard. You are given a brief tutorial that just goes over the basics, you can also refer back to the tutorial at any time. Keep in mind that once you’re ready to play this one will start moving pretty fast so you’ll want to be sure you have a firm grasp on the game controls.

The graphics are rather simple but this isn’t a negative, this one isn’t meant to thrill you with high-tech animations and such. This is the type of game that is highly addictive and is great for quick gameplay. 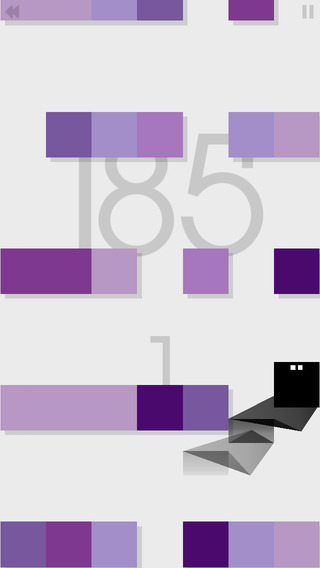 The action starts right away 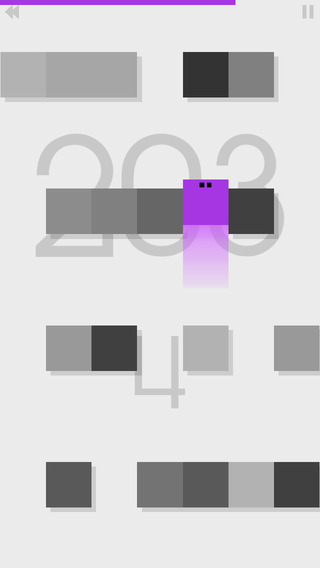 The Shunt app for your iPod touch, iPad, and iPhone will throw you into fast-paced action from the moment you launch the app. Don’t let the simplicity of the graphics and controls fool you because this one isn’t easy to master. Thanks to the fact it supports the Game Center you’ll have that extra edge of challenge as well.