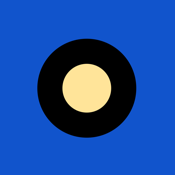 Most of us have experienced the itch to learn a new language at some point in our lives. The popular choices are usually French or Spanish, maybe even Chinese, but what about African languages? Africa boasts some of the most unique languages on the planet and a lot of other languages have their roots in these ancient languages. If learning a language like Swahili is something you‘ve always been a little curious about then the Safarini Translator app is a great place to start. This is a free app and it’s compatible with the iPhone, iPad, and iPod touch.

The best iPhone apps for learning a foreign language

Learning a new language is always a challenge and if English is your first language, African languages are bound to seem a little daunting. Safarini Translator includes a large database of popular words and phrases that will help you start to expand your vocabulary of African languages in no time at all. Best of all the app is easy to use with a great user interface. There are plenty of language apps in the App Store but not many that translate languages such as Swahili, Kikuyu, Luganda, and Leblango.

The only drawback you‘ll come across with this app is that it does contain some ads. There are banner ads at the top of the translation window but they’re actually quite small and don’t really detract too much from the app's functionality. There’s actually more to like about this app than dislike: on top of the great user interface mentioned above it also has a great set of instructions to help you along the way. This app will require 35.3 MB of available space on your iOS device.

When you open the app you’ll see a nice clean interface with your menu options down the left side and two windows on the right: the top window is where you can type the word or phrase you’d like translated and the bottom window is where you’re translation will appear. At the top of the top window you’ll see the languages that you are translating so by default the app is set to translate from English to Swahili. If you want to change this you simply tap on Swahili and choose the language you want from the drop down list.

The best science apps for iPhone

If you want to use a short cut on the left-hand menu there is a common phrases option that you can tap on to choose from an extensive list of popular phrases. It’s a good place to start. This is also where you’ll find the help section and an option to purchase the removal of ads. It really is well-laid-out which makes using this app very user friendly. 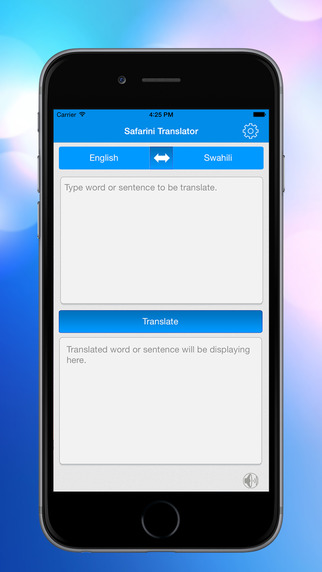 If you’ve ever been interested in learning one of the more common African languages then Safarini Translator is a great place to start. It allows you to translate tons of common phrases and words from English to four different African languages. It’s an excellent way to expand your language skills.