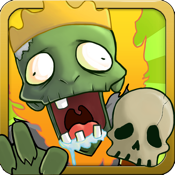 Fun Zombie king app review: the zombies are tired of the bad press

Fun Zombie king: A Free highway to the Brain Empire is an iPhone and iPad game in which the zombies are angry and tired of all the bad press. Rather than trying to change this, they are coming for revenge.

In Fun Zombie king, you are the zombie king and must lead your zombie army against the pesky humans. They’re been calling you stupid, mind numb, and say you only think about eating brains for years. Nevermind that it’s true, you want their respect! You want them to stop playing games, watching movies and TV shows, and reading books that put down zombies. Lead your zombie army against the humans, chase them, and eat their brains until you’ve created your zombie empire!

The best zombie games for iPad

There are many ways you can achieve this. There are multiple zombie warriors to help you fight your battle against the humans. You can collect the brains to upgrade your zombie empire and there are also multiple types of humans with some tricks up their sleeves. If you like to compete, you can play on Game Center with your friends through the hundreds of levels.

For whatever reason, my kids are obsessed with zombies just like the millions of other kids around the world. Games like Plants vs Zombies took off, and the idea of playing a leveling game like Fun Zombie king is the next natural step. I showed the game to my kids, and they very much liked it as well. They liked collecting the brains. I have a stress ball shaped as a brain, and the kids are always trying to find it, pretending to eat it, and doing their zombie voice “brains…” It’s hilarious to watch them turn an iPad game into a live action game.

I like that you can fuel their creativity. Plants vs Zombies plays similar to chess in many ways, and this one is more of a tower game. Set up your critters, and watch them win the battle. It was fun testing it out. 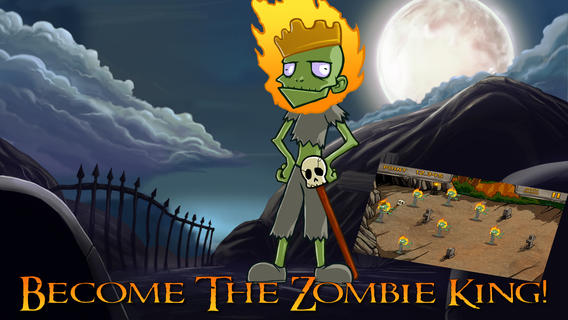 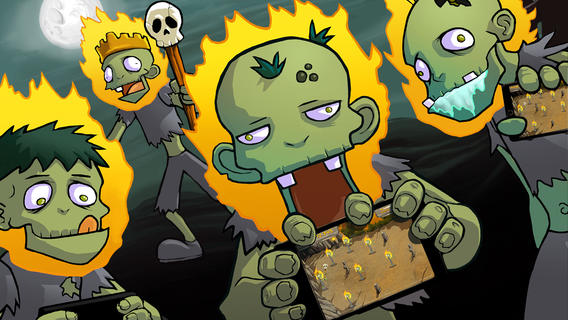 Fun Zombie king: A Free highway to the Brain Empire is an iPhone and iPad game that will have you battling your zombie army against the annoying and offensive humans. With many different zombie warriors to build your army from, and several different humans that will make your battle more difficult, this new take on zombies versus humans is sure to have you on your toes and addicted quickly. I really enjoyed watching the kids play this game, as they are obsessed with zombies and zombie imaginative play. Overall, it was a really cool game and I will recommend it to friends with zombie-loving kids.