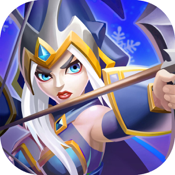 Are you ready to take part in a tower defense game that will have you hooked pretty much from the moment you launch the app? That’s exactly what you’ll be faced with in the Magic Rush: Heroes app for your iPhone, iPad, and iPod touch. This game combines RPG-style gaming with classic tower defense strategy. Your job is really simple: you need to help your heroes advance so that they can be victorious.

As soon as you enter this world you'll be mesmerized by the graphics, the fast-paced gameplay, and how intense of a challenge it is. This one features real-time battles where you can take part in player-versus-player fighting in the Arena Mode. In order to be victorious you'll need to face off against what seems like an endless amount of monsters, and keep in mind this is all for the good of your kingdom which you are fighting for. The combinations of heroes can be really interesting as you learn how their skills work together and of course, work to your advantage.

This one is free to play but keep in mind you're going to need an Internet connection. It requires iOS 5.1 or later and in its most recent update there were a number of improvements made and some new levels added. Players have given this one a solid four out of five stars and have pointed out how fun the real-time strategy aspect is and that it really makes you think through your moves. 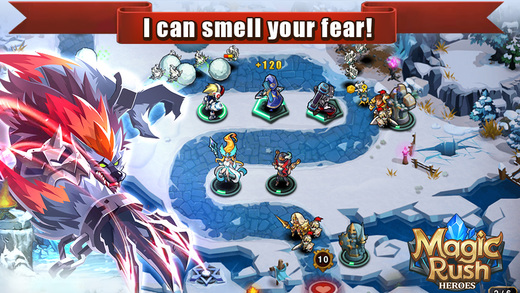 Some of the other stand-out features include the fact there is a Campaign Mode which offers a whole other type of addictive gameplay than Arena Mode. In this mode you'll need to defend your tower and this is real the strategy comes into play. You can customize your hero so that they are ready to square off against the enemy and other players. It's up to you to give your hero a variety of powers and strengths, you can collect equipment as you play, and you can also unlock levels, unlock additional features, and complete a variety of tasks. It’s got an immersive quality about it that really draws you into the game and keeps your attention. 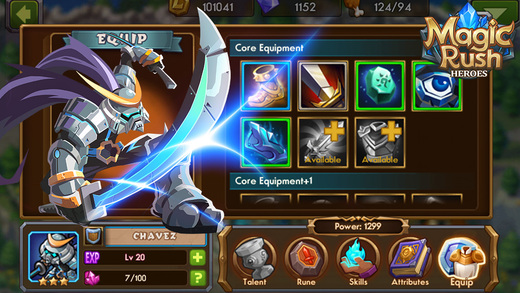 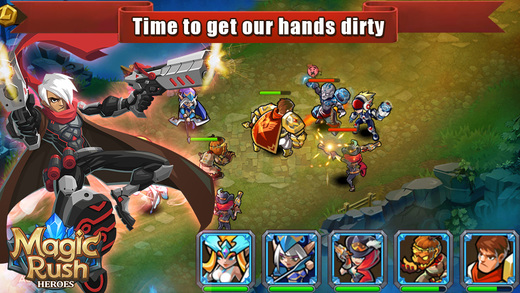 The Magic Rush: Heroes app for your iPod touch, iPad, and iPhone is the perfect game for those looking for an escape to another world. This one will have you completely hooked and immersed as you lead your heroes into battle and hopefully emerge victorious. The graphics are exciting and dynamic and the gameplay never feels dull.