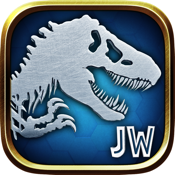 It seems as though Jurassic Park is just as popular as ever with the release of the fourth film in the franchise there is a whole new audience that is able to appreciate all the dinosaur excitement through a good games app for iPhone and iPad gamers.

The Jurassic World™: The Game takes all the action from the big screen and puts it on your mobile device. It doesn’t matter if you’ve seen the movie or not; you’re in for an action-packed adventure with this iPad and iPhone games app.

This one is the official games app for the movie and features a whopping 50 dinosaurs that you'll be able to use as you make your own theme park and then ultimately go to battle with these giants. Keep reading our Jurassic World™: The Game app review for more details.

Build Your Own Park

Instead of settling for a pre-built park in the Jurassic World™: The Game app, you are in control and it’s up to you to create the most incredible theme park imaginable. Now keep in mind your park obviously has to be interesting to visitors but it also has to be effective for the dinosaurs, keeping them properly contained and still within view.

The best iPhone apps for Minecraft

You are responsible for creating your own genetically enhanced dinosaurs and feeding them each day, which is a task all among its own. As mentioned there are over 50 dinosaurs that you can collect, then watch them hatch, and be awed as they evolve.

The app is free to use but there are in-app purchases available that provide you with all kinds of fun extras. These are priced from $1.99 to $24.99.

Get into the Game

The Jurassic World app provides players with an immersive experience where they will feel part of the game. You'll find all your favorite movie characters here and when it comes time for battles you can face off against other players from all around the world.

There are missions to complete, storylines to follow, daily rewards, and card packs. This one has so many different elements that it is addictive pretty much from the moment you start to play.

The graphics deserve a mention as they are stunning and very realistic and you'll feel as though you're squaring off against real-life dinosaurs! Because you are in control of so many elements of the game it is a unique experience for each player. 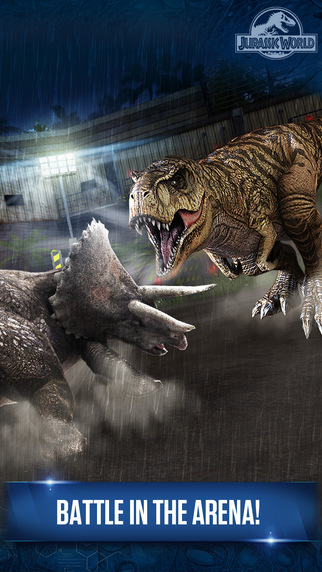 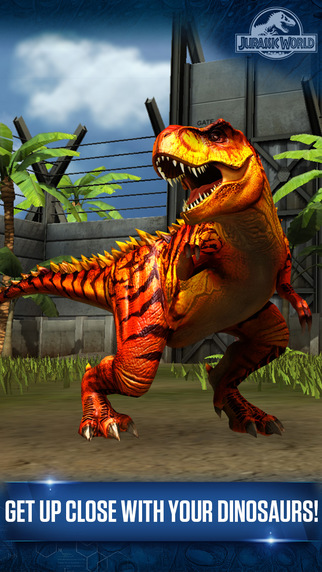 What better way to keep the fun of the movie going than with the Jurassic World™: The Game app for your iPod touch, iPad, and iPhone? The challenges in this game are fun, exciting, and realistic and you’re sure to become addicted.