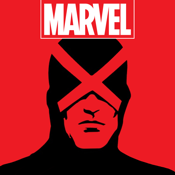 X-Men: Battle of the Atom belongs to the so-called card collectible gaming genre. As the name implies, it involves collecting superhero cards so you can fight other card players. There is not much action in this game but the sheer number of characters that you can collect makes Battle of the Atom worth your time. Developed by Play Next 51, this game is compatible with iPhone, iPad, and iPod touch.

X-Men games are usually side-scrolling action adventure brawlers. This time, Play Next tries to make a difference by giving you a card collecting game with card battles.

Battle of the Atom does not have a storyline. The game offers single player mode where you can collect different X-Men characters to strengthen your deck. It allows you to assemble large teams so you can fight the villains in a turn-based real time card battle.

What makes this app unique is that it offers an impressive collection of X-Men characters from different timelines. Apart from the usual popular characters such as Wolverine, Jean Grey, Cyclops, Storm, and Beast, you can also collect exotic X-Men including Thunderbird and Northstar. In fact, there are nearly hundreds of characters to collect spanning 50 years of X-Men history.

You start the game by assembling a squad of 10 hero mutants. Each mutant has its own defensive and offensive abilities. The app allows you to use a single card to fight a multitude of villain-enemies. In such cases, you need to ensure that your card has enough firepower to defeat the opponents.

In most cases though, you may need to combine different cards in order to strengthen your attack capabilities. This is where strategy comes in. You need to learn how to assemble a good squad so you can win every battle in the card room. 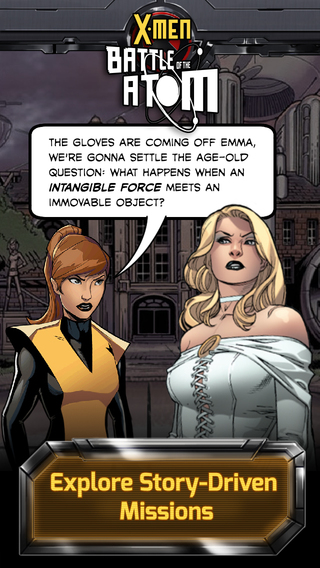 Best Features of X-Men: Battle of the Atom

X-Men: Battle of the Atom offers nearly hundreds of card collectibles. It features popular characters from present generation as well as exotic mutants from the past.

Gameplay is simple and straightforward. The app allows you to lay down your fighting cards so you can match them with the opponents. Tap a card for attack or use its defense to ward of enemy assault.

As you progress through different levels, you will be able to unlock more characters to strengthen your fighting deck. You can recruit more members to your team by collecting more cards or upgrading your deck.

And lastly, this game offers decent game graphics. The design is simple but colorful. It offers clear images of X-Men heroes in their famous action pose. 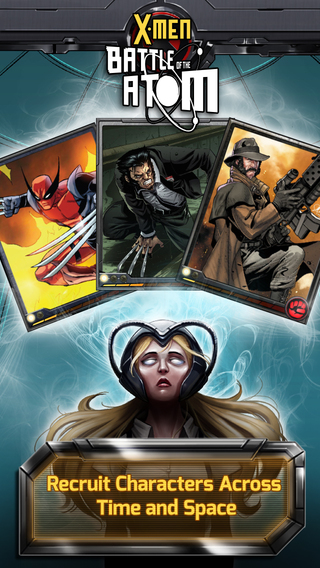 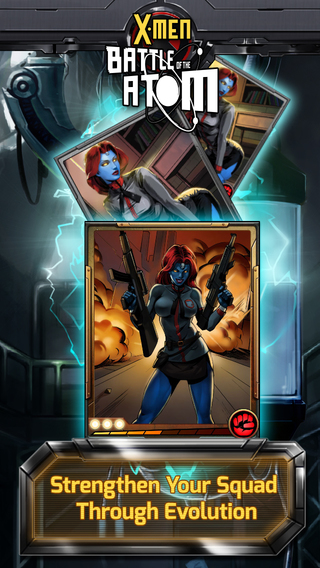 X-Men: Battle of the Atom celebrates the 50-year history of the franchise. It allows you to collect dozens of cards so you can fight the villains in a card battle. If you are a fan of the X-Men series, then this is a good app for you.