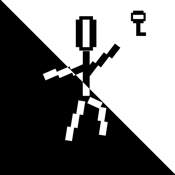 Not all games are made equal, as you well know. So, if you're ready to take on a real challenge then it's time for the Asciid app for your iPod touch, iPad, and iPhone.  Your goal is to make it past the seemingly endless traps that are set out before you, so you can climb through the levels. The game controls and rules have been kept simple so all you need to do is focus on being victorious in each level. Of course, this one supports the Game Center so you've got that added sense of challenge and competition.

Here's a chance to test your skills in a game that is filled with challenging levels. The Asciid app offers more than 50 campaign levels. If you'd rather you can try the New Game+ mode, where there is no end to the levels and each one is harder than the one before. The game controls are simple you need to either swipe the screen right or left in order to move your character, and you can swipe up and down in order to jump or change sides. Why are you moving and jumping to the sides? Well that's so that you can avoid all the hazards in your way, while still grabbing the key you'll need to escape to the next level.

This one is free to download but there is an in-app purchase of $0.99 that gives you 10 continues. The Asciid app requires iOS 6.0 or later and doesn't yet have a customer rating, but the comments are very positive calling it "great". In the recent updates the resolution was made higher, you are now given three continues, there were various bug fixes, a new control scheme, and much more. 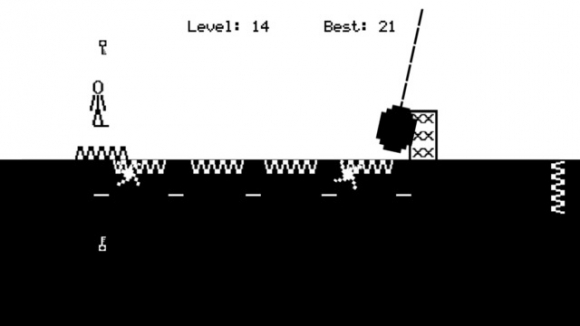 supports the Game Center/Leaderboards/Achievements, and the New Game+ Mode offers random challenges so it's different every time you play. Options include being able to turn off the sound effects and the music if you like. Your stats can be found at the top of the screen, where you'll find what level you're on, as well as the best you've done.

It’s important not to let the simple look of the Asciid game fool you as it is anything but simple! 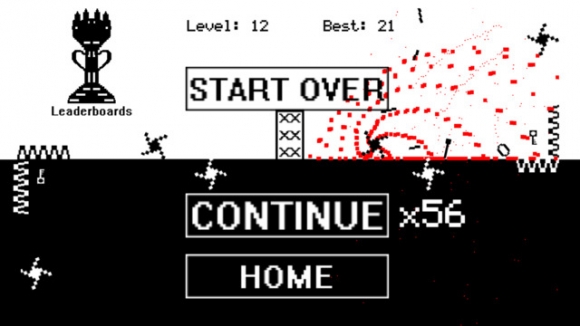 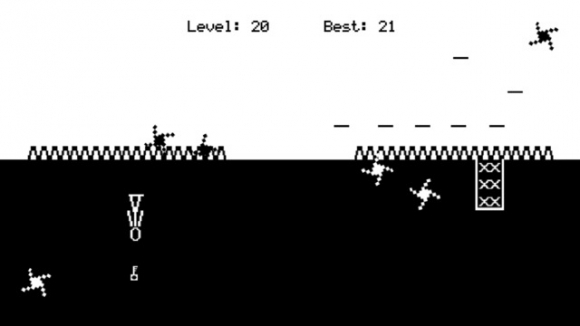 The Asciid app for your iPod touch, iPad, and iPhone may just be that perfect casual game you’ve been searching for that keeps you busy and challenged. This one is great for all ages and will have you hooked pretty quickly.