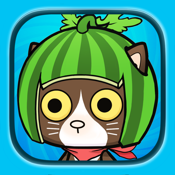 Every once in a while an app comes along that convinces me that we’ve only begun to scratch the surface of possibilities with our mobile devices. If you own an Apple TV device and an iPad, and/or an iPhone, you may have experimented with the mirroring services that are part of these devices – it really expands their capabilities. There are also some games that are specifically designed to be played cross-platform by sharing resources between your different iOS devices. Cat Crisis is an app that falls firmly in this latter category – you might even call it groundbreaking.

Not because it has out of this world graphics, or a sophisticated storyline, but because it transforms your iPad into a console and lets you use your iPhone or iPod touch as its controller. It’s a lot of fun and you can actually invite up to eight other friends that have iPhones or iPod touches to join you in the mayhem. This is a free app and it’s compatible with the iPhone, iPad, and iPod touch.

Save the World from a Cat Crisis

The idea of using your iPad as a game console is something I find very appealing. It opens up a whole new world of possibilities – especially if you own an iPhone and an iPad. There are quite a few apps that are designed to work in a virtual console environment with your iPad as the console and your iPhone, or iPod touch, as the controller. This normally works over Wi-Fi, but there are some apps that work over Bluetooth as well. The Joypad console and controller apps are a great example of how this technology can be used – there are more than 50 games that are compatible with the system. Cat Crisis operates as an entirely independent system that does the same sort of thing. With this innovative app your iPad is the console and your iPhone is the controller.

I’ve got to say I love this game. It’s got all the elements of a great first-person shooter such as rapid-fire, the need to think on your toes, and with the option to use your iPhone as a game controller the gameplay becomes a lot more immersive. The only minor criticism I have is that when you use your iPhone as a controller it doesn’t always react the way you would hope it would. If they can improve the controller functionality this is a game that could set the app world on fire. This app will require 50.8 MB of available space on your iOS device. 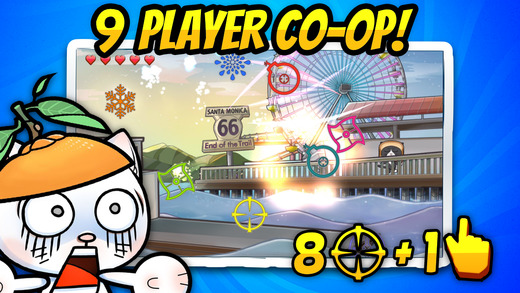 There are a couple of ways to play this game – you can play it with your iPad as a standalone device, or you can use your iPad as a console and your iPhone as a controller. It’s a lot of fun either way, but using your iPhone as a controller does bring a completely different dynamic to the game. If you going to play it this way you need to have the app downloaded and running on both devices and operating on the same Wi-Fi network. Once you’ve done this each device will find each other automatically.

When you use the iPad as a standalone device you’ll have to use your fingers as your gun. The object is simple, a continuous parade of cats will come at you across the screen and you have to shoot them and shoot the fruit they throw at you in order to survive. It sounds pretty simple, but the cats come at you pretty fast and furious and the further you progress into the game the harder it gets. You’ll be tapping with those fingers like a madman.

If you do choose to use your iPhone as the controller you have access to a lot more options. Instead of just using your finger as a rapid fire pistol, you now have access to a shotgun, a machine gun, and even weapons of mass destruction – those pesky cats don’t stand a chance now! You simply point your phone at the iPad screen and you’ll see a target moving around the screen, as you move your phone and fire you’ll see it results in dead cats and crushed fruit on your screen. Once you get used to the controls it becomes highly addictive. 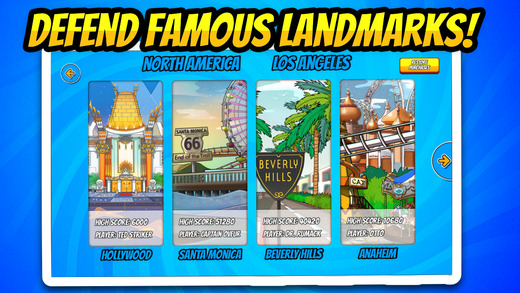 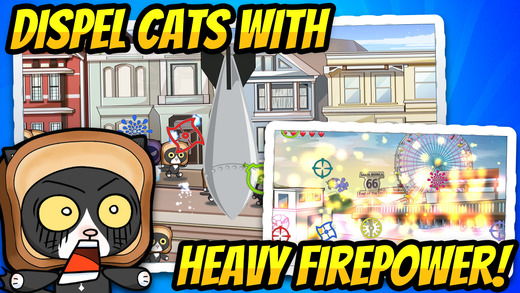 Cat Crisis is a fun first-person shooter app that brings a whole different level of game play to your iOS devices. This app lets you use your iPad as a console and your iPhone as a controller – it’s a level of functionality you don’t find in many iOS games. If you’re up to the challenge this is a game I highly recommend.