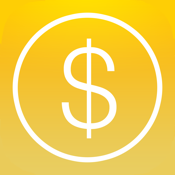 There’s no need to fiddle with math and equations, as the app does all the work for you so you’ll quickly have your currency converted.

The beautiful part about this app is the pure simplicity of it. Let's face it: if you're just looking to convert currencies, you don't need anything fancy. You want an app that gives you the answer quickly and easily without the need to connect to the Internet. My Currency Converter delivers on all counts.

You'll be able to enter in which currency you are starting with, the one you are converting to, and the amount. You can even hit the "Switch" button in order to invert the currencies. To update the exchange rates, you just need to hit the refresh button. Not only is the conversion fast, it actually converts as you type; you don't even need to hit a button to tell it to convert. It gives you extremely accurate answers to three decimal points.

Of course where this app comes in really handy is when you're traveling. If you're visiting multiple countries on your holiday, don’t worry, as you'll be able to convert no matter which currency you are using. There is no need for you to think ahead and try to figure out all the exchange rates, which takes that stress out of traveling.

My Currency Converter was updated to Version 2.0.0 on January 6, 2013. The update improved the design for the iPhone 5, added a new splash screen, and added iPad support. The app has a total of 77 customer ratings with an average of five out of five stars.

More about the app

There is the possibility you may find a few of the lesser-used currencies missing here but all the big ones are definitely supported, which I think makes this a very helpful tool.

It's also featured in our list of the Best Currency Converter apps for the iPad.