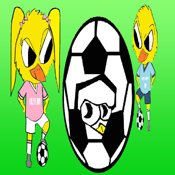 There aren’t many original games found in the App Store these days. Most games simply introduce a new twist on a familiar theme.  This doesn’t mean they aren’t great games, it just means that they haven’t reinvented the wheel. Knock Block Knock Block WFC Soccer Edition on the other hand is something entirely new and different.

As a soccer fan, I must admit I was a little skeptical with this one, but after playing it for a few minutes I soon forgot my skepticism. Knock Block Knock Block WFC Soccer Edition really is a lot of fun. This is a free app and it’s comp  atible with the iPhone, iPad, and iPod touch.

Take Soccer to another Level

So what makes this game different? Well, it’s not like any soccer game I’ve ever played before and soccer is a game quite close to my heart. So, that’s saying something. I think we all like to be pleasantly surprised and that emotional reaction correctly pinpoints how I was feeling after playing this game. This isn’t a game of soccer in the traditional sense, which is a good thing  because the App Store is full of soccer simulation games. This is a game that's just a little bit different.

As with most free games, this app does contain some ads which is always a little annoying, but not unexpected. The graphics are kind of cute with the sort of cartoon style and some basic retro renderings. You may find the sound effects a little annoying after a while as it’s basically just some continuous crowd noise, although this may be just a personal pet peeve. One thing I did find strange, was that from time to time the sound effects just suddenly turned off. I’m not sure if this was part of the game or my iDevice, but it’s a little curious. This app will require 37 MB of available space on your iOS device. 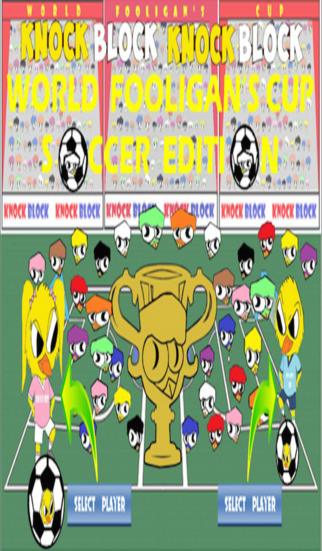 This game is sort of a hybrid between the soccer game and an arcade style action game. The objective is to tap on the field anywhere you would like to move your player. Then try to position him or her in a spot that provides you with direct and free access to scoring goal. If you can do this, then you can tap on the kick button at the back of the goal. However, you must be careful because there are Fooligans in your path trying to stop you from scoring . These are cute little characters that block your way.

While the rules sound pretty simple, there are a couple of other things to keep in mind. Firstly, you have several different balls you can choose from which can do different things. If you want to take out a Fooligan that’s in your way, then you may wish to choose a different ball that’s specifically designed for the task. It adds an element to the game that makes it more than just a soccer game and a bit more of an arcade game as well. You also have to watch out for attacks by the Fooligans which can knock you to the ground. If they do this one too many times, then it’s game over. 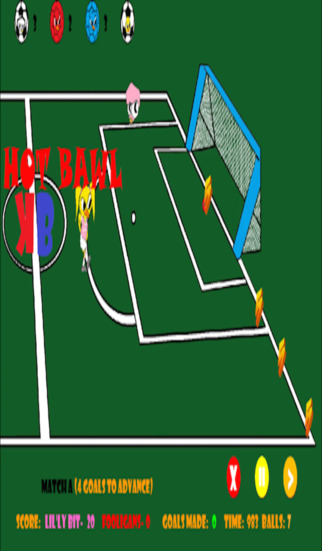 If you’re looking for a soccer game with a bit of a twist then you may want to check out Knock Block Knock Block WFC Soccer Edition. This is a fun new way to get your soccer fix. Scoring isn’t easy with the Fooligans in your way, but it sure is fun trying.