Dittor app review: send your thoughts out into the world

The Dittor app has been created in order to give people a platform to get their thoughts, ideas, and feelings out to the world. It's like having an instant group of friends from around the world who are just waiting to hear what you have to share. Of course it works in reverse because you'll also be able to see what it is your new friends have to say.

Now here's a cool aspect of this app, you get to remain completely anonymous. It's this anonymity that really empowers you and provides you with the bravery you need to be honest. Sometimes it can be hard to share secrets, feelings, and thoughts with your friends out of fear it may hurt them or cause problems. With Dittor you can speak to unbiased people and remain completely anonymous, so you never have to worry about hurting feelings or how your thoughts will be taken. 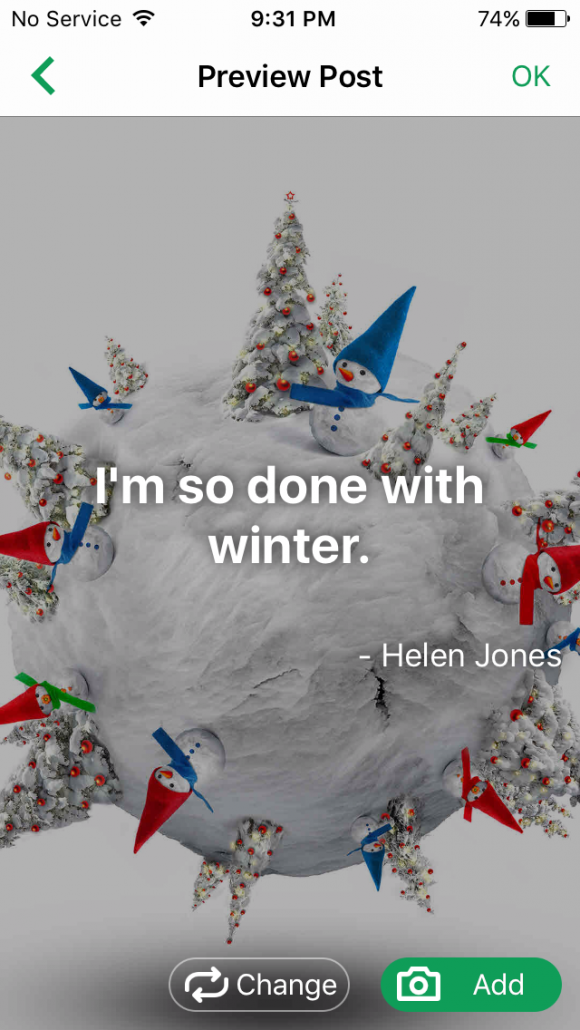 Using Dittor is a really simple concept and process. The way it works is that you can post whatever it is you want to share. Others will then have the opportunity to read your posts and comment on them. You can start chatting with people if you like, which can be helpful in some circumstances. At the same time you'll be able to check out posts that interest you and comment on them. The whole idea is that you post something and someone "dittoes" it, meaning they feel the same as you, share the same ideas, are doing the same activity, etc. Below your post you can see how many Dittor's you actually have. Of course, if you want to add emphasis to your post you can always include a photo.

There is nothing confusing or over the top with this one, the user interface is basic and easy to grasp. It’s not all about flashy menus, options, and graphics, it’s just a platform to share thoughts and feelings.

Another aspect with this app is that at any given time you're bound to find someone to chat with. Just because it's the middle of the night where you are, doesn't mean the same for the person on the other side of the world. Keep in mind this app works on the iOS and Android platforms so you're doubling your audience.

The app just went through a few updates and has now added yet another social tool and that's the ability to share your posts on Tumblr, Twitter, and Facebook. This gives you a way to reach even more people. 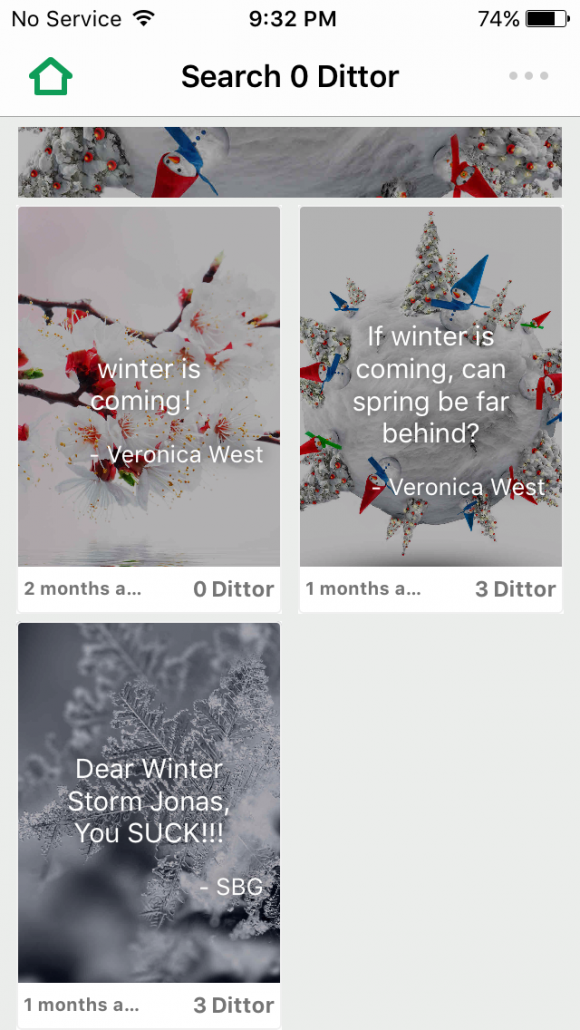 When you first launch this app, you’re going to need to register an account. Yes you will be anonymous, but you still need to set up a profile. After entering in your email address and a password, you will automatically be given an anonymous name to use. There is a very brief tutorial and then you are unleashed to start posting thoughts and ideas immediately.

You’ve got the option of receiving push notifications so you can tell when someone has “dittoed” your post. You have 140 characters to work with, then your post is generated complete with a cool background picture. This is also your opportunity to add a photo if you want.

After you have published your post the app will display other posts that are similar to yours. This gives you the ability to chat with them if you share the same thoughts. Simply click on the chat bubble to start a conversation with them, on the “dittor” button to agree with them, or the comment bubble to post a comment.

There is a dashboard of sorts where you can see the posts you’ve made, how many dittors you have, view notifications, the newest posts, and adjust your settings. 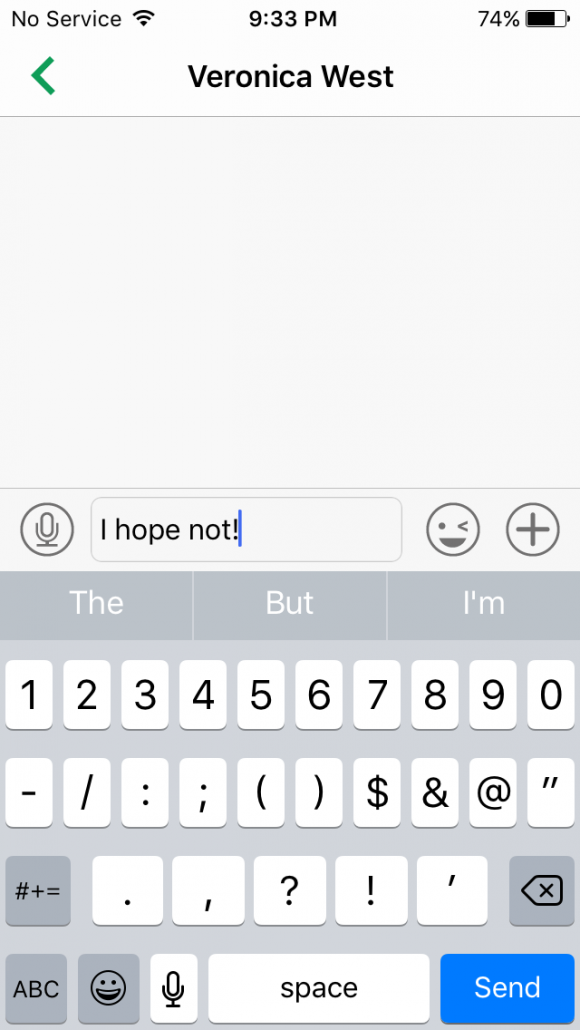 There is plenty about the Dittor app that feels familiar, almost too familiar. In fact, this same sort of idea has been done a number of times by different apps. The ability to post secrets, thoughts, comments, and ideas in an anonymous way and then receive comments from others is nothing new. It’s clearly a popular concept, which is why there are so many apps doing the same thing.

If you're familiar with the Yik Yak app, this is similar in some ways. Both give users the ability to post in an anonymous fashion and share all kinds of information, tips, ideas, and thoughts. Where the difference lies is with the platform itself. The Dittor app is far superior offering users a sleeker more refined experience.

The developer of Dittor is Chengdu Anvi Technology Co., Ltd. who have a few other apps available as well, but not like Dittor. Typically they specialize in games such as the Escape Boy Lite app and the Anvei Spider Solitaire Free app. This one appears to be a real departure from the usual apps they create. 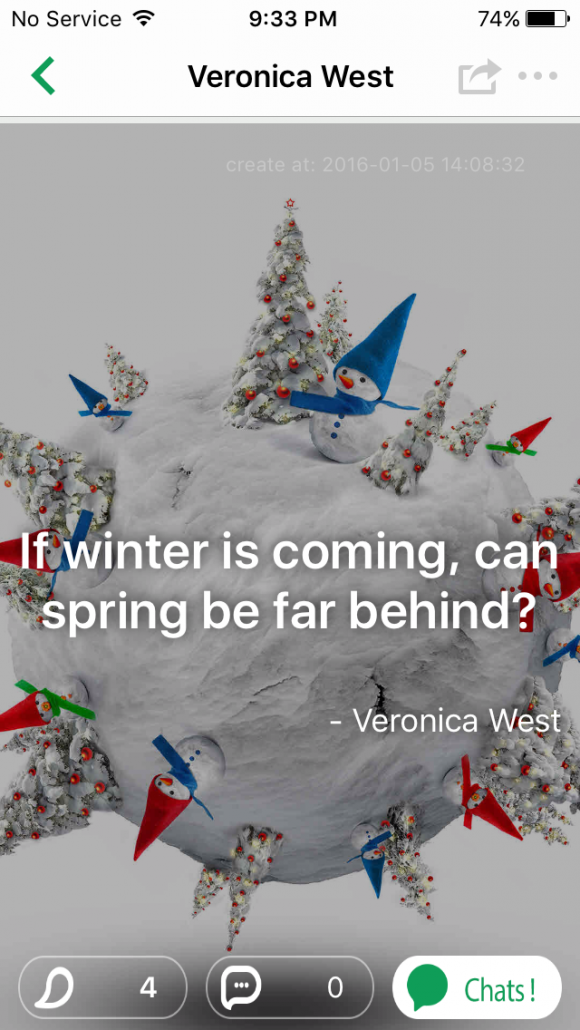 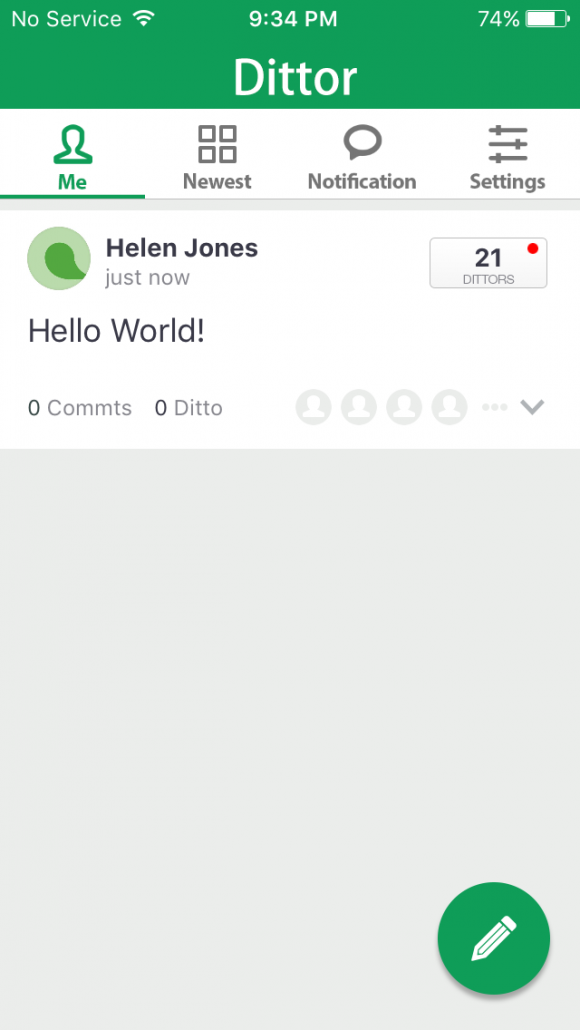 So what’s the final verdict with the Dittor app? It’s definitely going to pique your interest during the initial times you use it. Unfortunately, it becomes clear that this app can use more features, better search tools, and just more content in general if it intends to stick around for the long run.