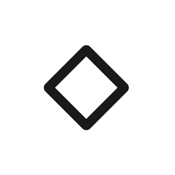 Slidebox app review: change the way you organize your photos

Long gone are the days where we carry around a point-and-shoot style camera to capture pictures. It seems that nowadays everyone relies on their mobile device as their picture and video camera. With that said, it doesn’t take long before you start to rack up the amount of files you have stored on your device. It can end up being pretty time consuming to scroll through them all to search for a specific photo or video you remember shooting weeks, or even months ago. That’s exactly why people are loving the Slidebox app which is one of the good apps, which can be used on your iPod touch, iPad, and iPhone to organize and manage all of your photos.

Users are actually comparing the experience to that of Tinder in that you're using the swiping function to move through and around this photo organizer app. It’s incredibly user-friendly, allowing you to delete with a swipe, organize items by tapping on them, and even share a full album of photos by text or email. The list of features is vast, so we’ll take a look at all the stand-out tools in this review. 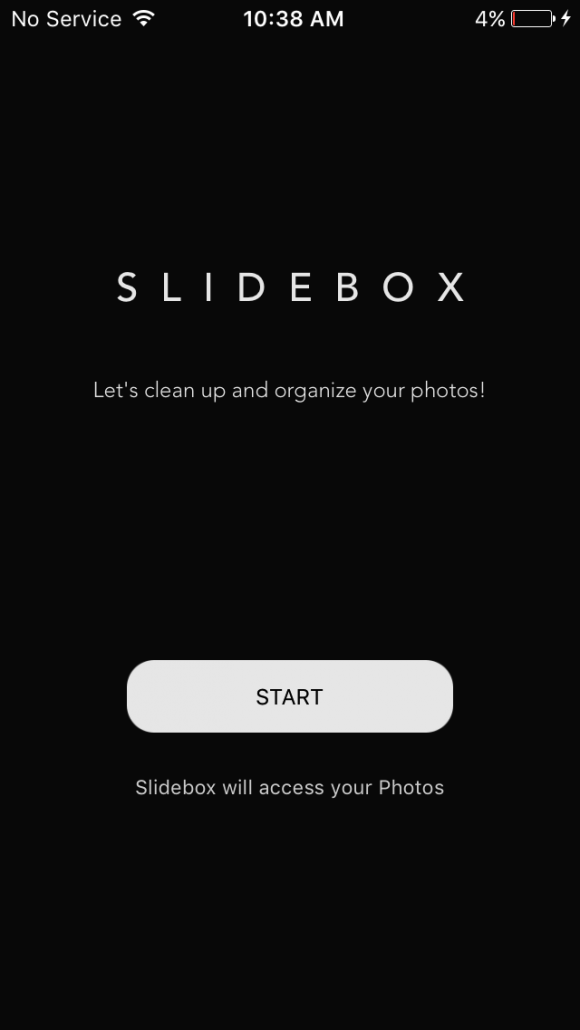 It’s not often you hear the words “organization” and “fun” used together but that is what the Slidebox app is able to achieve for users. Suddenly organizing and managing your photos doesn’t have to be a boring task, it can be fun, intuitive, and seamless instead. Not only will you now be armed with a variety of tools, but the app is free to download making it all the more attractive for users. What really makes this one stand out is the swiping functionality. You can swipe to delete a photo, swipe to compare photos, and add photos to a specific album with a single quick tap.

The app works by allowing you to view your photos that you have saved on your device and then organize them. What's great is whatever you trash inside the app is only trashed there; it will still remain on your device. So basically Slidebox gives you a way to hide photos in a sense by trashing them. Whenever you set up an album within Slidebox, one is also created in your Photo Album on your device. All changes you make to that album within the app are also made in real-time to your device's album. This means you don’t have to waste time creating the album in two different spots. For added functionality the app is able to access all your photos/videos in iCloud. 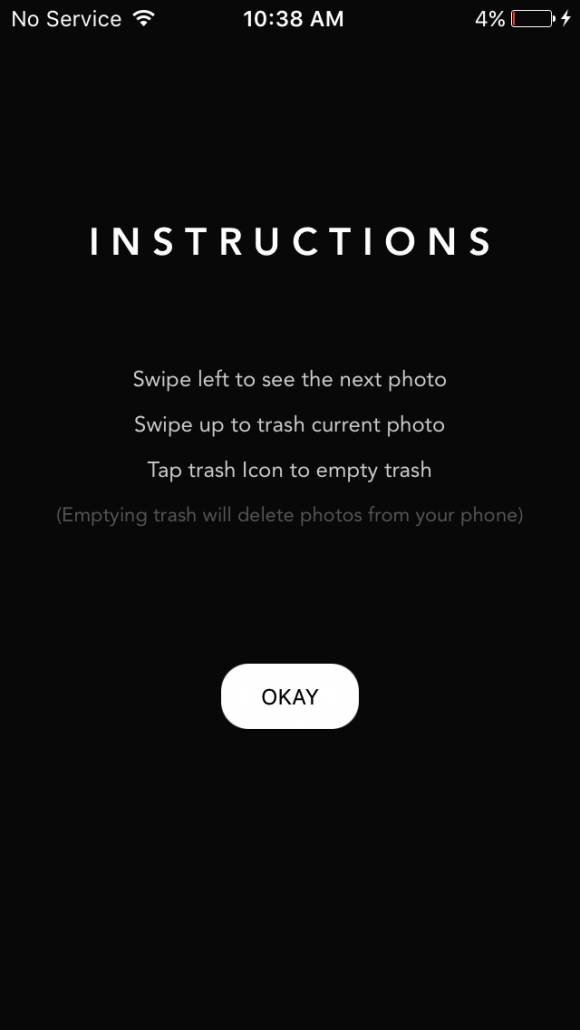 While there are some comparable apps out there such as the Cleen app, they aren't identical. Instead Slidebox is doing what it can to set the bar when it comes to photo management and organization. The app has been developed by Readonly, LLC and is the only offering from this developer in the iOS Store. The developer is based out of Seattle, WA, and released the app just over a year ago to the public. During this time the app has really made the rounds and managed to get a lot of mentions in top newspapers, magazines, and through webcasts.

It’s clear the developer took the approach of keeping things simple so that anyone could use it. There are plenty of photo management apps out there but many of them are confusing, require multiple steps to use any single function, and just end up slowing down the whole organization process. With this app, tools have been kept to a minimum and the functions are accessed through swiping or tapping. It creates an inclusive feel to the app so that everyone can master it in very little time at all.

Let’s not forget there is the fact this app will help you clear up precious space on your device, something all of us seem to run short of on a regular basis. 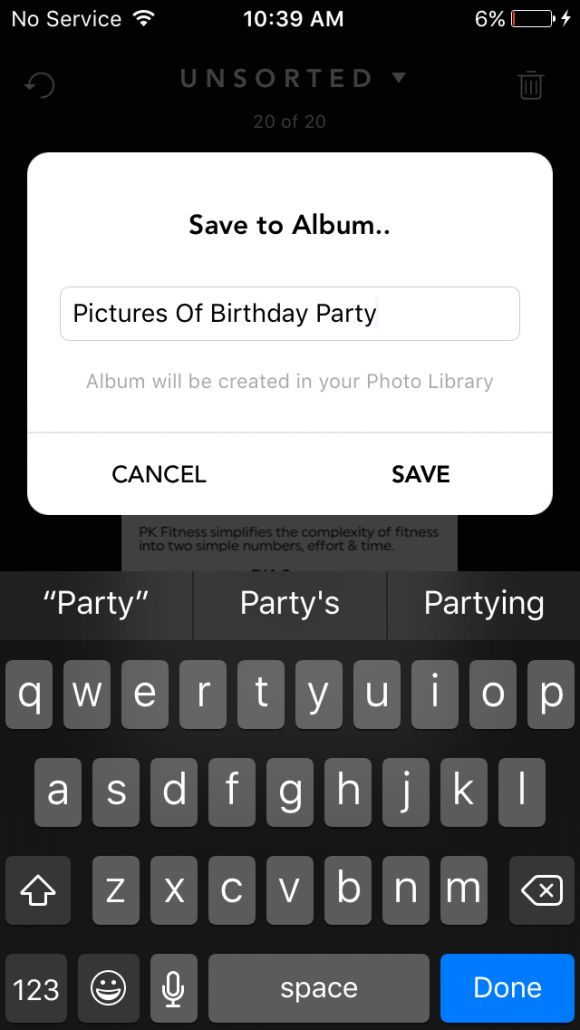 Slidebox is one of those rare apps where the advantages just seem to keep adding up, despite the fact this app is free and doesn’t require any in-app purchases. Not only are you given all the organizational tools but you can also send full albums to friends/family members by email or text with the tap of a button. What a great way to share pictures from a family vacation, a big birthday party, or a night out with friends.

As soon as you launch the app you’ll need to give it permission to access your photos. Once this has been completed you’re ready to start organizing. Create albums, name them, add photos to them, delete photos, rename the albums, view them any time, and share them with others. The app is easy to navigate, your albums are always easy to find, and making edits to them is a breeze.

Going through the customer feedback on this app, it seems as though some would like to see more features added but that really goes against the entire purpose of this app. Slidebox is meant to be a simple and quick approach for photo management, and a way to clear up space on your device. If you’re looking for an app filled with bells and whistles, this probably isn’t the way to go. 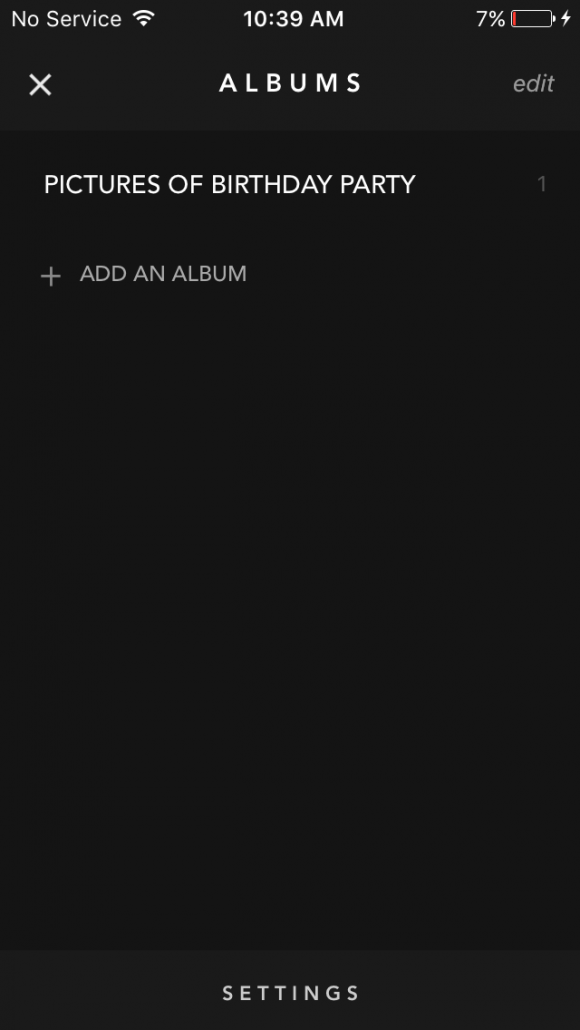 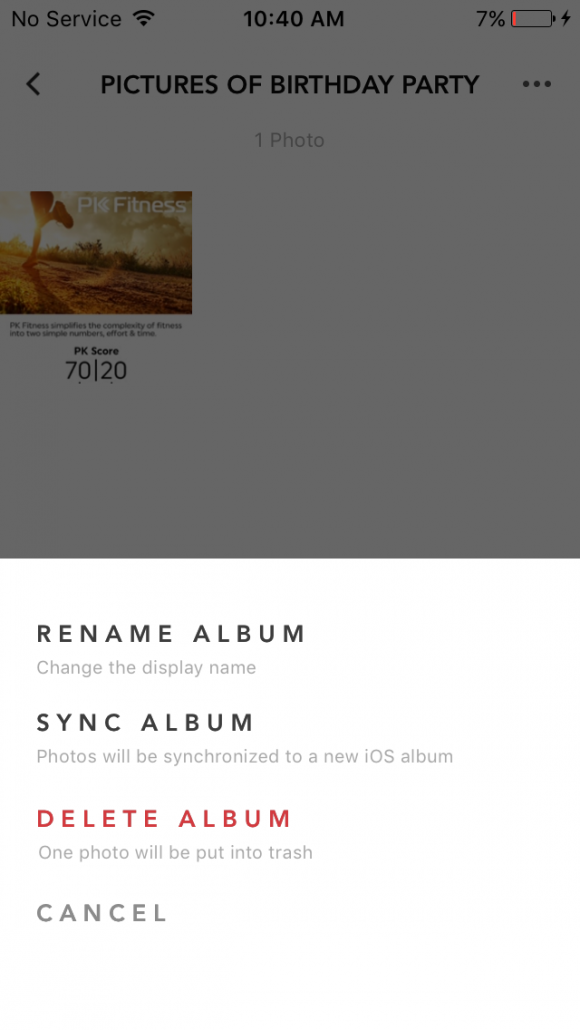 The Slidebox app for your iPod touch, iPad, and iPhone is able to really stand out as a smart, creative, and user-friendly offering for anyone that is looking for a quick way to organize and manage their photos.