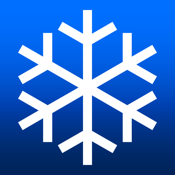 Ski Tracks by Core Coders Ltd is a tracking app for your iOS that will keep track of your skiing and snowboarding for each day.

If you’re one to take your iPhone skiing or snowboarding, then this app is definitely for you. Throw it into a pocket after you press Start and you can track your whole day!

The app will try to be friendly to your battery, but there are no promises. The app can record up to 14 hours, so make sure your iPhone is fully charged when you set you each day. You don’t need to have your data/cellular plan turned on, either: the app can work without it and keep track of where you’ve been. How awesome is that?

Other features of the app include run-by-run ski analysis, maps with either satellite or standard modes, comprehensive profile graphs or ski stats, the ability to make or receive text messages or calls while tracking, and the ability to add photographs to your track.

You can choose between Imperial or Metric units for your tracks, watch an animated preview in 3D Google Earth and Maps, and back up all your tracks.

I really like that you can track where you’ve been using this app without a signal. I’ve been on some hills where I didn’t have either WiFi or cellular, so tracking would be impossible with other apps that have those requirements.