Can The Real Batman In 'Batman Arkham City Lockdown' Please Stand Up?

Batman Arkham City Lockdown was developed by NetherRealm Studios, the creators of Mortal Combat, for the iPhone and iPad and distributed by Warner Bros. The game development company shows their roots by making the game a visually stunning combat fighter game using the Unreal Engine from Epic Games. No sneak attacks or grappling with this Batman, just fist-to-face fights. With DC Comic’s Dark Knight as the main star of the app, using the best technology isn’t much of surprise. The story takes place between Rocksteady Studio’s Batman: Arkham Asylum and Batman: Arkham City games available on computers and consoles. There has been another breakout from the asylum and Batman must track down and fight one-on-one battles from Gotham’s deadly rogues gallery. The game offers a map of Gotham City with sectioned off areas under a different villain’s control. There are several places where gangs of thugs are waiting to be beat down and a locked boss area is available after the player reaches a certain level. Each gang area can be replayed opening up a grinding option for those who want to level up to customize their weapons and armor. After each fighting encounter points are tallied up based on combos, use of gadgets, counters etc. These points give the player excess to Wayne Tech which is separated into two categories; combat and armor.

Combat offers 3 subcategories: Combat Training, Batsuit Armor, and Physical Training. Armor offers 4 subcategories: Health Boost, Powered Gauntlets, Smoke Pellets and Bat Swarm. Each subcategory then has 6 unlockable traits. All this allows for some pretty fine tuning for what you expect Batman should be like. Batman Arkham City Lockdown provides awesome touch screen fighting experiences, utilizing the Dark Crusader’s penchant for techno gizmos and superb fighting techniques to beat bad guys within an inch of their life. The tutorial is simple, providing a short rooftop rendezvous with a Joker thug to show the player the ins and outs of combat. Combos are done by fast swipes across the screen, dodges are a tap to the left or right and if timed right, a quick flick up right before an attack will queue a cape swipe disorienting a foe and earning the player extra points at the end of the scene. There are slight sensitivity problems with finger swiping which can become irksome when timing is a main focus especially during boss battles (i.e. against Grundy). The enemies themselves are dynamic enough in their fighting style so each fight is slightly different. 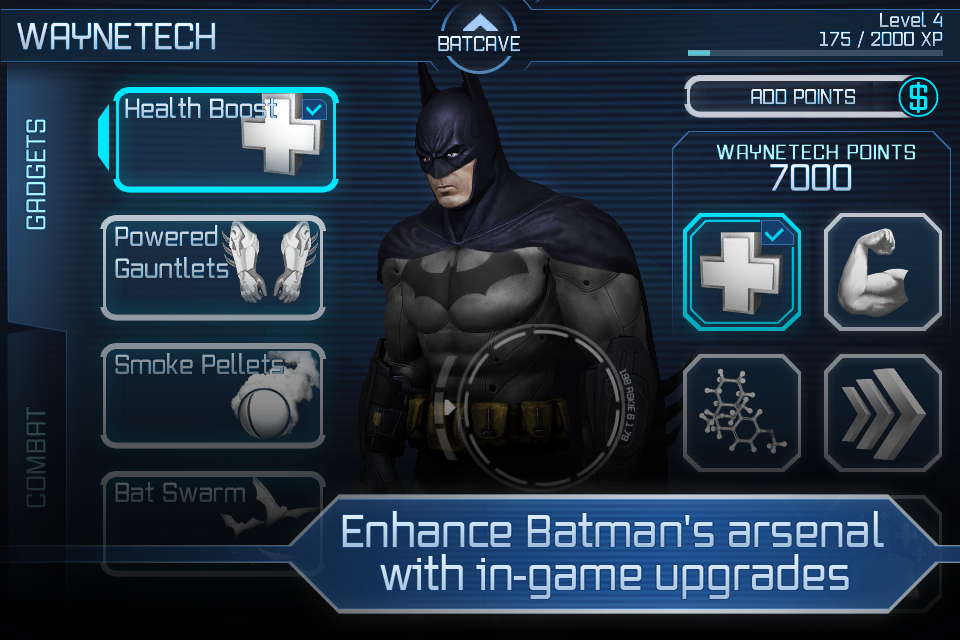 But all these do not a Batman game make. The main problem (and completely a biased one) is all the fights are one-on-one, even the thugs. After being spoiled by Rocksteady Studio’s detailed and dynamic free-flow fighting style where Bruce takes on up to 10 enemies at once, one-on-one fighting is left to amateur vigilantes. Blame it on technological restrictions, high expectations or fan stubbornness, but anyone who has played Arkham Asylum or Arkham City will agree one-on-one fighting doesn’t feel like Batman anymore. The boss battles slightly make up for the thug fights, being customized for each villain. During the fight with Two Face, the player takes control of a batarang using the iOS device's gyroscopic sensor to knock an automatic out of the former district attorney’s hand. In another boss battle Batman strategically retreats (because Batman does NOT runaway) with Solomon Grundy trailing closely behind. Quickly timed dodges highlight on the screen will save the Bat from being swatted and quashed. 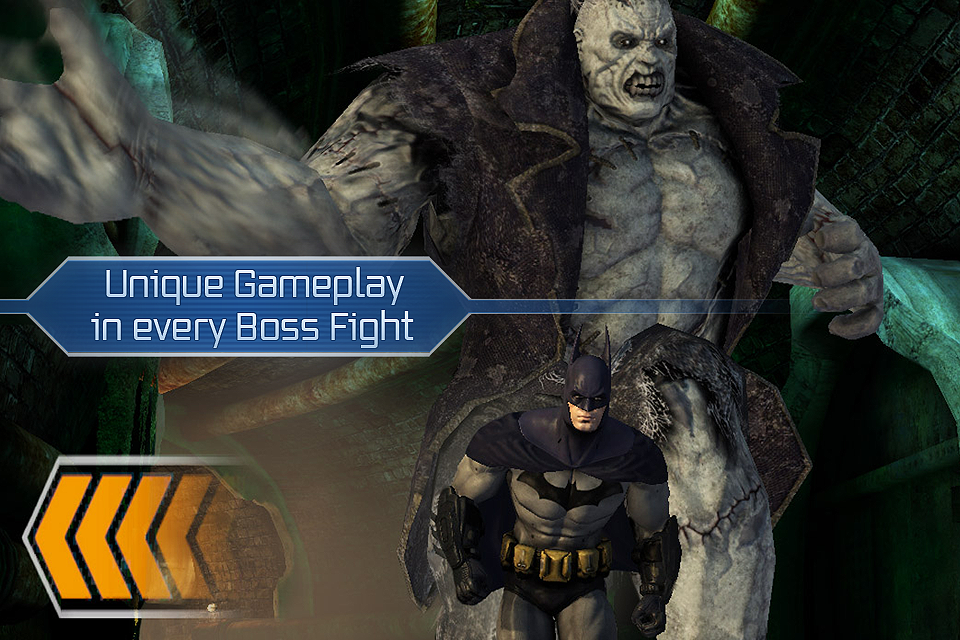 In a nutshell, Batman Arkham City Lockdown is an amazing combat action game with stunning visuals for your iOS device. While there might be a few hang ups for hardcore Batman fans or Rockysteady Studio Batman game players in terms of story continuity or fighting style, at the end of the night it’s all about kicking serious butt and putting bad guys in jail, right? The game has a lot to offer for those new to the Batman franchise or looking for great one-on-one fighter game. AppPicker Rating: 5 / 5 Stars Pick It Up in the App Store: Batman Arkham City Lockdown Other apps by Warner Bros. Read our other app reviews by clicking here.