Download from AppStore
We'll notify you of price drops, news, and updates for this app.
$9.99
iPad
Genres:
App profile

How would you like to take command of a fleet of warships and set sail on a naval mission? The Battle Fleet 2 app can be played on your iPad and throws you into an intense battle at sea but you get to begin by selecting your fleet. In this game you'll be working to complete the mission which is to destroy your enemy but it's going to take strategizing and smart gameplay in order to be successful.

Battle Fleet 2 is actually the follow up to the original Battle Fleet game but you can expect to find a much more impressive offering with this sequel. The app has undergone some rather massive improvements and changes including the full 3D modeling of the ships, terrain, and locations. In turn the gameplay has radically changed for the better. You can destroy your enemy in a couple different ways, perhaps you want to aim for their command center or you can destroy their engines so the ship can no longer move. You can even employ surprise attacks to catch your enemy off-guard.

As mentioned the Battle Fleet 2 app has recently seen a number of updates including bug fixes for smoother performance. There were also enhancements made to the campaign and AI. This app scores extremely high with users who have given it 4.5 out of five stars. It seems they love the addictive gameplay, the challenging strategizing required, and the incredible quality graphics. 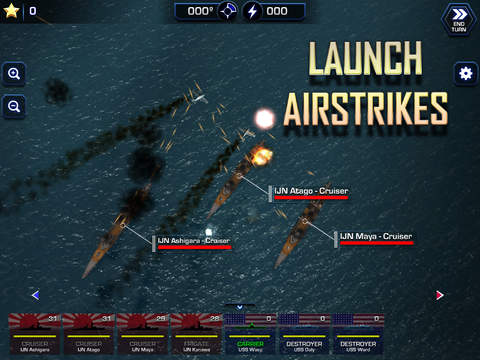 Battle Fleet 2 is a rather intense game and with that said you'll find an impressive list of features to go along with it. As mentioned you begin the game by building your fleet: there are five ship classes to choose from. Keep in mind each of these classes has their pros and cons. You'll want to arm your ships well with items such as torpedoes and AA guns. The small caliber guns are ideal for precise shots and will also force all the available guns to shot at the same location. There are recon planes and bombers that you can use to your advantage.

There are a few different game modes to choose from which are random skirmish mode, campaign mode, full cross platform multi-player, and hotseat multi-player. Each is different and unique and I highly recommend giving them all a try so you can find your own personal favorite. 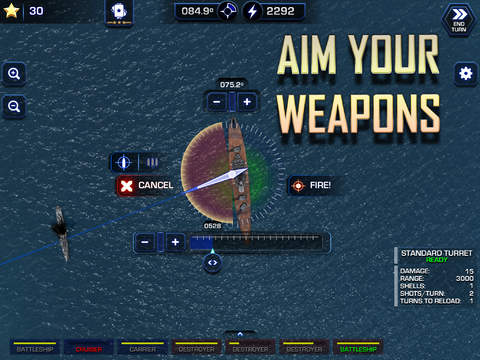 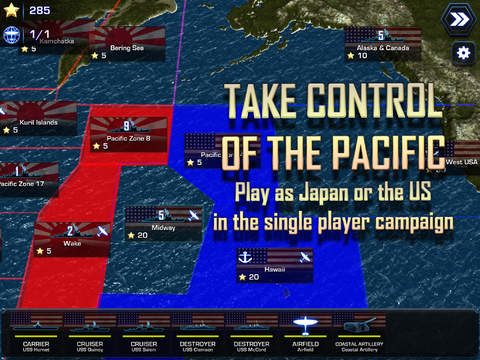 The Battle Fleet 2 app for your iPad is a wonderful example of a sequel that brings players more of everything. You can expect a much more intense and immersive experience with plenty of great game features.