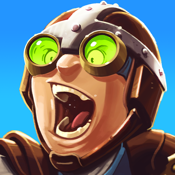 We've got an immersive combat style game that gives you full control over your own troops in battle and requires a whole lot of strategizing on your part. The Tiny Realms app for your iPod touch, iPad, and iPhone will throw you into battle right from the start. This fast-paced, high-energy, and highly tactical game requires plenty of strategizing and thought on your part. You have complete freedom of choice in this game which is what really sets it apart from others and makes it feel unique.

The Tiny Realms app combines a number of great elements into one including excitement, high-energy, strategizing, and plenty of tactical maneuvers. You can choose who you want to play as whether it be the Tegu lizards known for speed, the dwarves known for their strength, and the humans who have the smarts. You can also decide if you want to build realms with each of them or if you'd rather just play as a single faction. Besides the challenge of the game you will also be working to reach the top of the Leaderboard as you play against random players and your friends.

The app is free to download and play but there are a number of in-app purchases that range in price from $4.99 all the way to $99.99. The app scores quite high with users getting four out of five stars from them. Scrolling through the comments there is a lot of comparison being done to Clash of Clans and over and over users are saying that Tiny Realms offers a better experience. 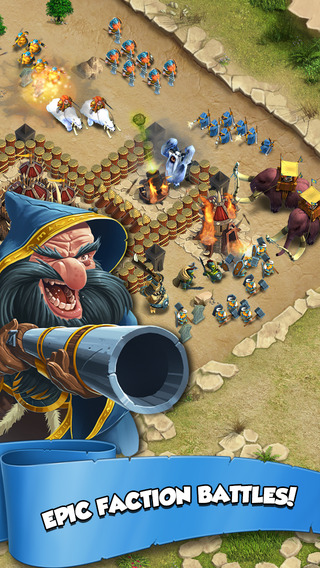 Decide what faction to play as

There are all kinds of great game features worth pointing out in Tiny Realms, never mind the actual gaming experience which is smooth and exciting. In this game you will be able to build your own fortress, which you can then fill with wizards, polar bears, robots, mammoths, dinosaurs, shaman, yetis, and more that will act as your army. This is a real-time strategy app where you are acting like a true commander and deciding how your troops need to react and battle.

Single player story mode shouldn't be missed as there are more than 50 story mode quests that you can take on. This is immersive gaming at its best. If you'd rather battle against others then you'll want to check out the multiplayer battles which take place online. The graphics and animations are nothing short of spectacular and the game controls are responsive and smooth. 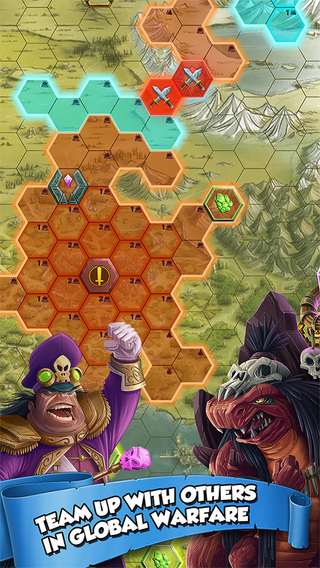 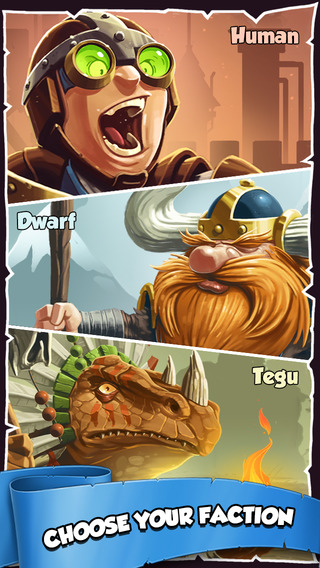 The Tiny Realms app for your iPod touch, iPad, and iPhone gives players a chance to strategize and really step into a high-energy battle that they are in full control of. The experience is exciting, impressive, and completely addictive.