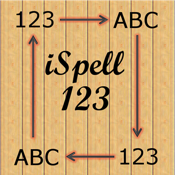 The basic premise of iSpell 123 is to provide users with a way to practice spelling numbers on their iPhone or iPad. This app will automatically provide you with a numerical value that you must spell, or it will spell out a number which then you must write in numerical form.

This is a 99 cent app which is devoid of ads, and only takes up 131 KB on your iOS device. It can be found in the Education section of the App Store. Let's take a closer look at its features.

iSpell 123 has a very simple user interface which has two main sections to navigate, namely the two modes of the game including Train mode and Ask mode. Train mode is where users will receive automatically-generated questions that they must answer.

Questions can be customized to suit all levels, making this a fantastic teaching tool for mathematics teachers. The higher the level, the higher the range of numbers from which questions are generated. Users will get three chances to answer correctly, and will also have the option of getting the app to reveal the answer. 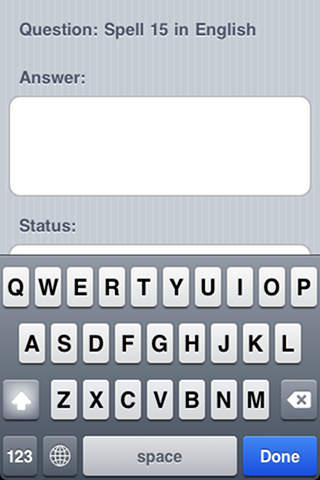 Ask mode is where you can enter a number into the app and ask it to spell out the number for you. This mode has clipboard capabilities, allowing users to copy the spelling generated and then paste it into other apps. You can also email the spelling over to yourself or someone else.

This app supports the French language as well, which can serve as a fantastic learning tool while trying to pick up this new language.

The user interface of this app is really clean and simple, without any extra fluff, which definitely upgrades the user experience in my book. Its lightweight nature also makes it a highly responsive and swift app. This is an ad-free app. 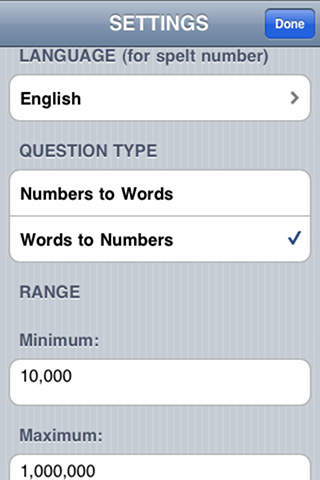 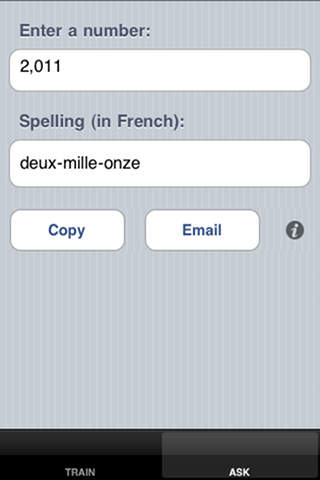 iSpell 123 is straightforward app that does what it says it'll do. If you are in the market for such a utility, this app is definitely worth checking out on your iPhone or iPad.