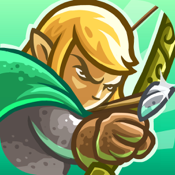 Kingdom Rush saga comes alive with the release of Kingdom Rush Origins defense games app. This is the third installment of the successful franchise and tells the story of the southern elf kingdom before the rampage of the evil Vez’nan.

The game generally retains all the key features of the previous episodes with new additions such as more ferocious enemies, lots of permanent upgrades, and new special attacks. Developed by Ironhide Game Studio, the good defense games app for iPhone gamers is also compatible with iPad and iPod touch.

For more details on this iPhone defense games app, check out our Kingdom Rush Origins app review below.

What makes Origins different from other tower defense games is the use of individual fighting units that can do battle on the road to block the advance of invaders. There are also new Heroes with impressive attack abilities, power-ups, and spells.

The ultimate objective of the game is to defeat the Gnoll troops and the forces of the Twilight Elves and Spider Queen. You must do battle to allow Princess Swiftwind to escape the clutches of the evil elves. Along the journey, you can accumulate stars in order to upgrade your towers and add more fighting units.

Kingdom Rush Origins offers more difficult levels and challenges for new and veteran players. The game allows you to build limited towers but the swarms of enemies with special powers have grown considerably. This means you need to keep your wits at all times during the game to successfully ward off the invading armies. 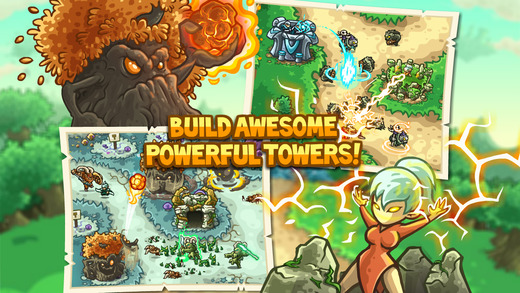 This game offers you the chance to discover new fascinating realms including enchanted forests, majestic ancient cities, and dangerous ruins. New towers and troops are available to increase your defense and improve your army’s attack capabilities.

As mentioned earlier, the current game is more difficult than the first two versions. There are 30 new enemies in this game with dozens of bosses who wield more powerful special attacks. Gnoll troops attack in hordes together with voracious giant spiders and the fearless Twilight infantry army.

The good news is that Kingdom Rush Origins also introduces nine new Heroes to help your generals. The new heroes have spectacular attack powers and can defeat enemies with spells, lightning, and other deadly tricks.

And lastly, the game offers an in-game reference book. This encyclopedia provides critical information about your enemies. You can use it to study your enemies so you can defeat them in battle. 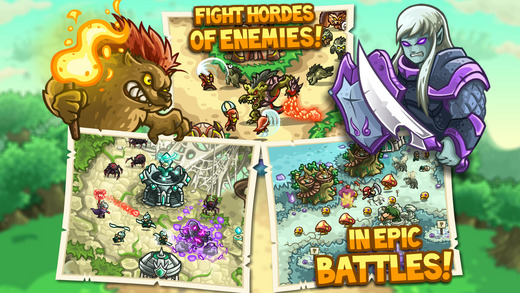 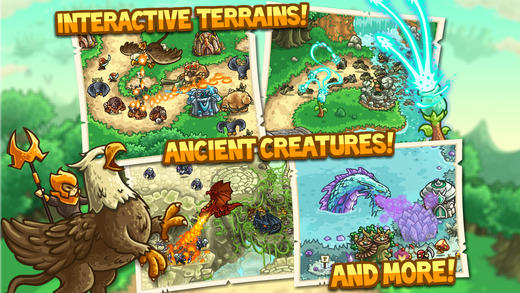 Fans of the Kingdom Rush saga will love the new Kingdom Rush Origins. The game offers more exciting adventures and battles with plenty of upgrade options. This is a recommended app for those who love tower defense games.