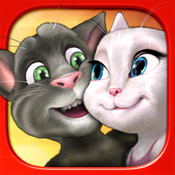 While not your traditional romance this one is still an epic romance and you can take part in it. The Tom Loves Angela app can be enjoyed on your iPod touch, iPad and iPhone and gives users a chance to take part in this romance in a big way. The way this app works is that Tom will repeat whatever you say to him and recite it to Angela, who is waiting to be wooed. You'll need to pull out all the stops here and get real romantic, but watch out because it won’t be smooth sailing thanks to someone trying to thwart your plans.

The best interactive books for iPad

In the Tom Loves Angela app you will be trying to win over Angela's heart by romancing her through words and song but unfortunately things aren't always smooth going. Ginger the cat is lurking and he's there trying to mess up Tom's chances with Angela. You'll find Tom on a rooftop as he is trying his best to spot Angela. Everything you say to him he will repeat to her, he can also sing to her, blow her a kiss, give her a gift, and have a conversation with her.

The best romantic apps for iPhone

The app is free to use and requires iOS 5.0 or later. In its latest update there were bug fixes made, Angela will be sporting a whole new outfit, and the chat function is smoother than ever. The app has four out of five stars from users who seem to love it but have complained about various small bugs. 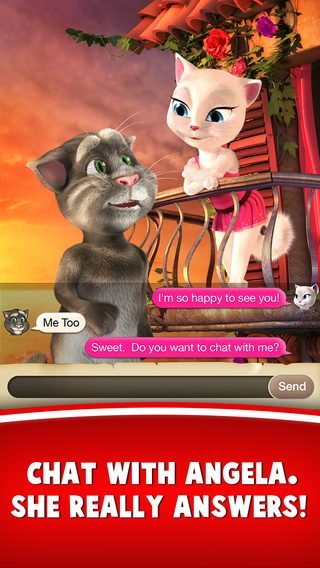 Help Tom woo Angela through all kinds of actions

There are plenty of ways to woo Angela as Tom will quickly find out. In the Tom Loves Angela app you can move from one activity to the next with ease such as conversations, pressing the flower pot button to see Ginger throw a pot at Tom, tapping on the gift button, and even blowing into the microphone to then see the wind blow. Give your device a good shake to see some real action in the form of an earthquake. What's really fun is that you can record videos that you can then share with your friends and family so everyone can get a good laugh. Get ready for Angela's replies to your advances in the form of voice and text.

The graphics and animations are simply stunning and the controls are responsive and simple. Users are in for a really fun experience. 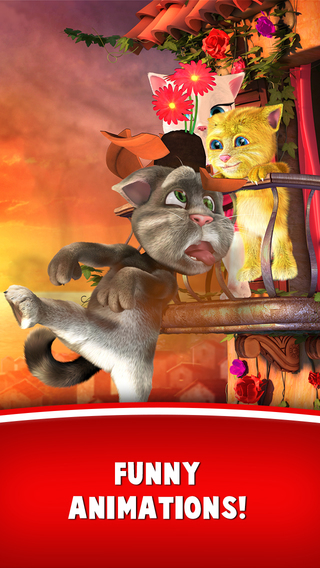 The graphics and animations are stunning and fun 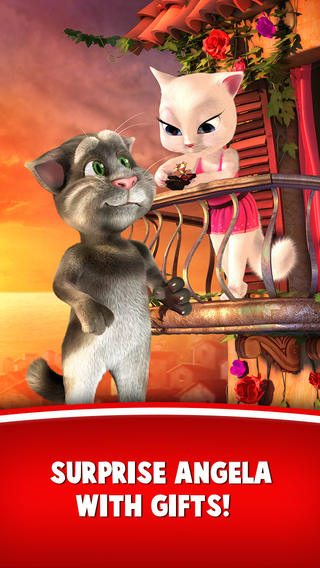 The Tom Loves Angela app can be used on your iPod touch, iPad, and iPhone and features stunning graphics and animations, fun options to woo Angela with, and an interactive experience that will have you hooked.