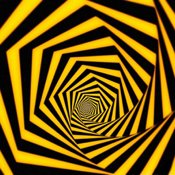 Sometimes we’re looking for an app just as a simple time waster, something that will challenge the way we think without having to do a whole lot of anything. If you’re looking for something that will stimulate a bit of discussion then you may want to check out Optical Illusions Full, but there really isn’t much to this one and it kind of leaves you wondering if that’s all there is to it. This is a free app and it’s compatible with the iPhone, iPad, and iPod touch.

Optical illusions can be a lot of fun. A great example is the recent furor over the dress that some people see as white and gold and others see as blue and black. It was a fun talking point in social media forums for a week or two. Optical Illusions Full attempts to tap into our fascination with optical illusions by providing us with an app that is nothing but optical illusions.

There’s no doubt that optical illusions can be a fun way to waste some time but this app really misses the boat. There are no instructions, no menus, and no social media integration at all. When you open the app you’re simply expected to figure out how this one works. It could have been a whole lot better with some explanation of the optical illusions or some background information on the different pictures, but apart from the occasional hint there really isn’t much on offer. This app will require 7.8 MB of free space on your iOS device. 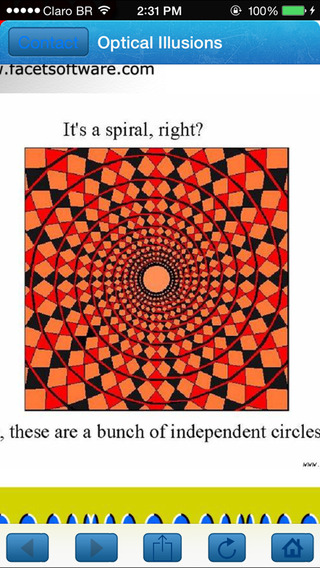 This has to be one of the most puzzling apps I’ve ever had the opportunity to review. It’s basically nothing but a slide show. When you first open the app you’ll be greeted by a basic title screen that never does anything at all. The first time I tried it I thought the app had frozen as I waited for it to do something but it never did! After a while I realized it was waiting for me to do something so I tried swiping up and down – nothing. Then I tried swiping left to right and lo and behold I was greeted by a picture of an optical illusion, when I swiped again there was another one and so on. That’s it, that’s all this app is, simply a picture gallery of optical illusions. It makes you wonder what the point is. Why do you need an app for a gallery of optical illusions? Why not just post a few pictures on a website? There seems to be a fairly extensive gallery of optical illusions which is the one thing this app has going for it, but other than that there isn’t a lot of positive things I can say about it.

The best iPhone apps for Minecraft 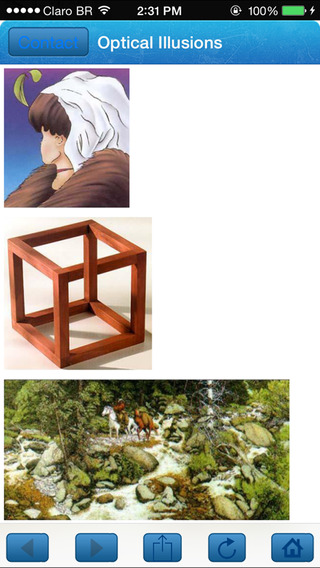 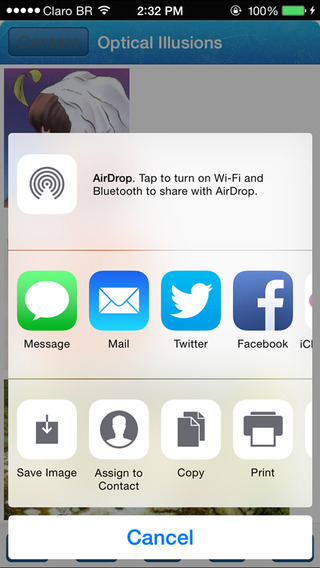 If you love optical illusions you may want to check out Optical Illusions Full otherwise it probably won’t do much for you. This app is about as bare bones as it gets; there are no instructions, no ads, and no explanations. You won’t take long to figure it out, and it won’t take long before you’re asking what’s the point?