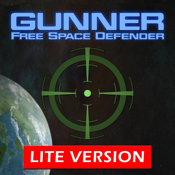 Are you ready to step into the shoes of a defender as you take on countless enemies in a 3D-style space shooter game? The Gunner app for your iPod touch, iPad, and iPhone is a brand-new release where you will be playing in first person and taking out all the enemies in space. You need to distinguish what the enemies are versus the friendly objects that in turn need to be defended. There are all kinds of weapons at your disposal and the action begins the moment you launch the game.

Step Up to the Challenge

The challenge awaits in the Gunner app where you will need to protect all the friendly objects and take out the enemies in space. This is a first-person 3D shooter-style game that takes place deep in space. You are playing as a gunner who is responsible for controlling a space turret. You’ve got a lot of responsibility on your shoulders and you’ll need quick reflexes and good aim to do well in this game. As mentioned this is fast-paced action that begins the moment you launch the game and is ideal for casual and quick gameplay.

In the free version of the app you'll be able to play one level in Survival mode and the first five levels in Campaign mode. You do have the option to unlock the full game with an in-app purchase. The game requires iOS 6.0 or later to use and is rated for ages nine and older. Because it is a brand-new release there are no customer comments or a customer rating at this time. 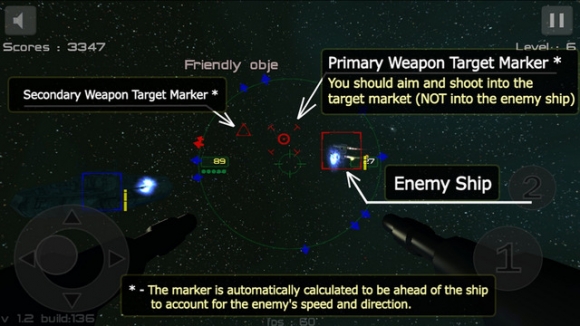 Pick off the enemies and protect the friendly objects

The Gunner app will keep players challenged and intrigued in part due to the fact there are two different game modes. Choose between Survival or Campaign mode with each one offering 32 levels to complete. As mentioned you've got a wide variety of weapons to choose from and are divided into two categories: primary and secondary weapons. You will be able to fire as many bullets as you want with the primary weapons but each time you fire a bullet it will cost one point. Be sure to also keep an eye on the temperature gauge so that your weapon doesn't overheat and act up.

The app supports Game Center, Leaderboards, and Achievements giving players even more of a challenge. You'll find this one to be really easy to understand and pick up on but there is nothing easy about the challenge. 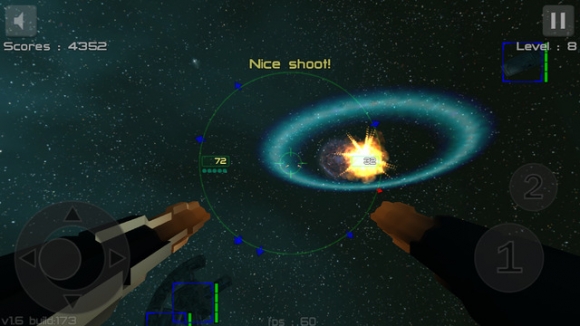 The game controls are easy to pick up on 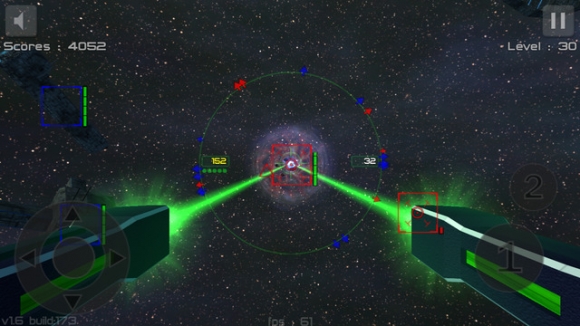 The Gunner app for your iPod touch, iPad, and iPhone is the perfect opportunity for players to show off their amazing sense of aim and quick reflexes this. This one is challenging, fast-paced, and highly addictive.