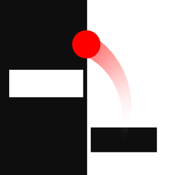 Jump LR app review: a fun game where you can jump from the left to right and climb higher

Jump LR is an iPhone and iPad game that requires you to tap left or right to get the ball to climb higher and higher. The screen looks like a piano and you have to jump from black keys to white keys to achieve a higher distance.

Jump LR requires you to jump your red ball from the left to the right to climb higher up the piano like ladder. All you have to do is tap the left or right side of the screen to get the ball to move. Once you start the game though, the screen starts to scroll, so not only do you have to hit the correct side of the screen, but also keep ahead of the scrolling screen. This was my downfall because as I rushed through the platforms to keep ahead of the scrolling, I needed to hit the correct side and the pressure would often make me mis-strike.

I appreciated the game though, as it was just the right kind of game for me. I like games where you just have to choose yes or no, left or right, moon or star, and the game fits this niche perfectly for me. I’m not one to play games that often, but by the nature of playing until I mis-strike, it means that it doesn’t take very long and I don’t have to sit and play for hours to get a new score. Well, not yet anyway as I have by no means mastered the game! 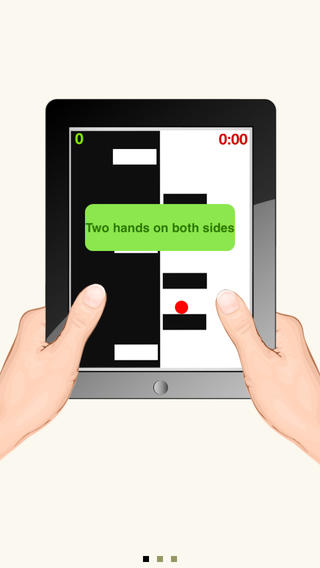 I like that Jump LR has a piano look to it. The black keys on white, the white keys on black, it reminds me of learning to play the piano and the mis-strikes that I would make then too. Learning to play this game is much like learning to play a new song on a computer, except of course you only play with two thumbs rather than all ten fingers. I also appreciate that the game requires you to speed up so you are more challenged. This is of course when I would feel the pressure and make more mis-strikes, but that’s all part of the fun. 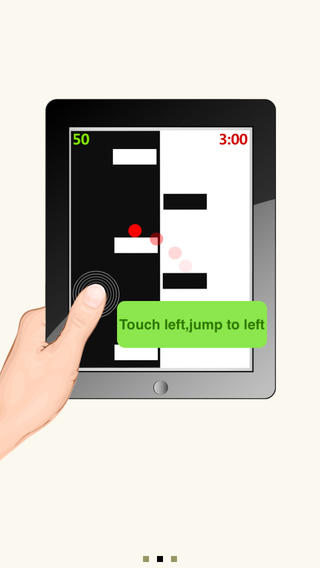 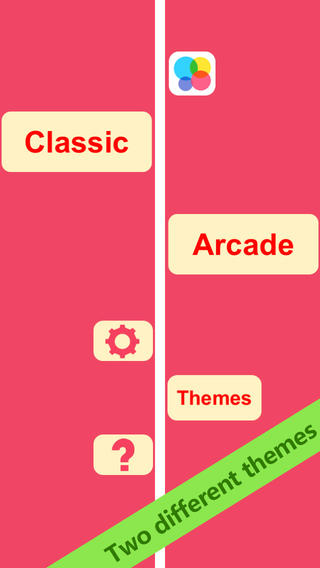 Jump LR is an iPhone and iPad game that will have you tapping the right and left sides of your screen to bounce the red ball higher and higher. Your progress is measured in both successful jumps and in inches. I like this too because sometimes the keys are close together and sometimes they’re more spread apart. Naturally when the keys are further apart you climb higher more quickly, but fewer jumps. You can gauge your success based on either, and I appreciate that.