Shooting games help to relax the brain after a long day. They also play an important role in promoting brain development in kids.

Chad Towns has developed an iPhone shooting games app, Doodle Army 2, to provide users with a new gaming experience hard to find in any other mobile application. It is compatible with iPhone and iPad devices and English is the default language.

Is this one of the best shooting games apps for iPhone and iPad gamers? Keep reading our Doodle Army 2 app review to find out.

Doodle Army 2 is an intuitive combat game that you can play on your iPhone as you travel or relax on your couch after work. Unlike other similar games that only have one player, this one is multi-player combat game.

This means that you will get an opportunity to compete against six players through the Internet. To increase your chances of winning, the app has Training and Survival modes that you can activate to acquire combat skills. Your device does not have to be connected to the Internet as you train.

The developers have also added special sound effects that make the game more enjoyable and thrilling. For instance, you will hear the whiz of bullets fired by your opponents as they fly past your face. You will need to make calculated moves to avoid being shot down.

One of the best ways of outdoing your opponents is by placing a grenade at a strategic position and hiding to get a clear view of them exploding into bloody pieces. 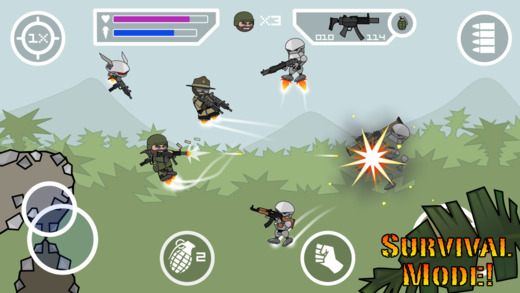 One of the major features that make Doodle Army 2 the best combat mobile game is that it allows players to play against each other through the Internet.

This means that you will be able to compete with people from different continents as long as your device is connected to the Internet. In addition, it has a local multi-player feature that allows you to play against friends through WiFi or Bluetooth.

The app also comes with rocket boots that you can wear to increase your ability to make vertical movements as well as power dual wield with handguns to help you fight off your opponents. There are also intuitive dual sticking shooting controls that you should master to shoot your opponents without missing.

Another feature is the zoom control that will help you to get a clear view of all the weapons to choose one that best suits your attack strategy and skills. As you play, you can open world maps to come up with solid attack plans.

Finally, there is a special mode called team battle that allows players to come together and form a team. There is no restriction on who can join the team. 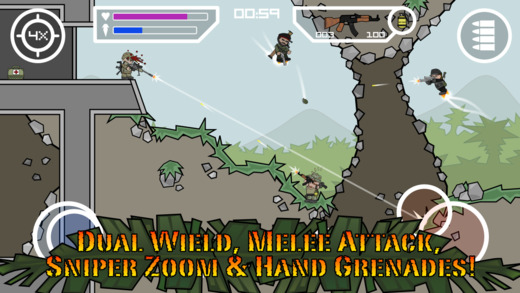 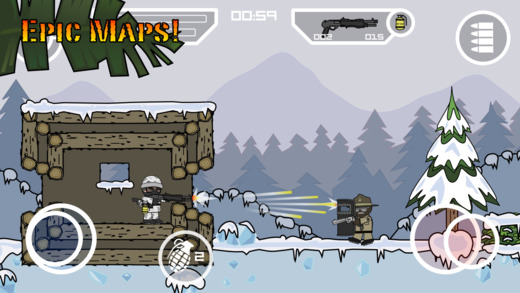 Doodle Army 2 is a thrilling game that you can play from anywhere in the world as long as your device is connected to the Internet.