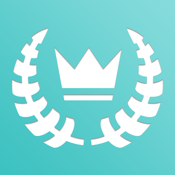 FitRPG: Gamifying Fitbit is an iPhone rpg app that will have you completing quests, collecting items, and more to level up your character and compete against your friends. This rpg app uses your Fitbit data to find friends and compete with them.

Take Your Fitness to the Next Level

FitRPG will help you take your fitness to the next level. Take your Fitbit data and turn it into a character so you can fight your friends, battle bosses, and go on quests using the steps, distance, and sleep tracked by your Fitbit! Tracking your fitness is fun, and lets you know if you’re on track for the day, but if you’re tired of just looking at the graphs, then check out the rewards that you can earn in this fun game!

In addition to being motivated to upgrade your character, if you haven’t hit the 10,000 daily step goal on your Fitbit yet, then looking down at your character to see that you’ll get an awesome piece of armor when you hit that goal will definitely help you keep motivated! For me, working, walking the kids to school, and walking the dog gets me to 10,000 steps no problem. I just have to make sure that I keep my Fitbit hand swinging and not on the stroller! 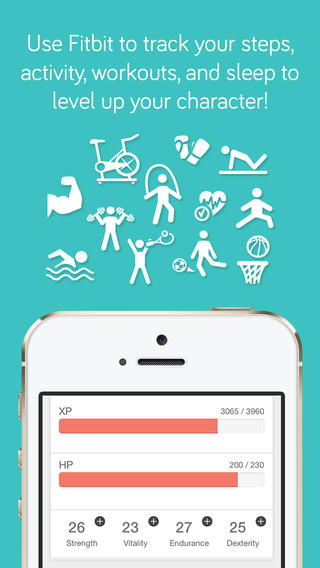 Fitness enthusiasts are often sports enthusiasts, and that makes us a competitive breed. FitRPG will have you battling your Fitbit friends to steal their gold and experience. If you’re the fittest player, then you win. This motivates you to keep working on your overall fitness so you can climb the leaderboard. If, however, you’re not into group games, then you can go on timed solo quests that range from walking 5,000 steps to running a marathon. Win gold and gain experience when you succeed, but lose gold if you fail so beware!

Gold can be used to buy weapons, potions, armor, and other accessories. Potions can restore HP, and equip weapons to improve your chances at winning battles against your friends. There are no ads and no annoying pop-ups!

One thing I do have to mention, though, is that after the first few times I launched it, I couldn’t get the app to work again. I tried restarting my phone, deleting and reinstalling, but it just wouldn’t come back. I’ve contacted the developer about this. 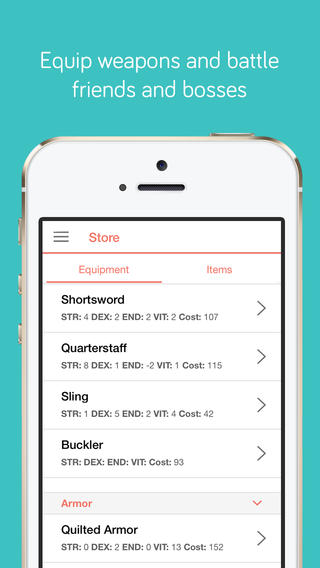 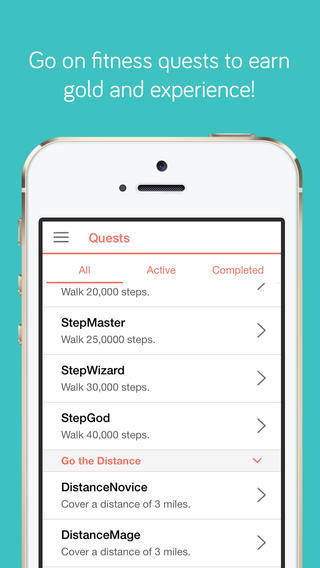 FitRPG: Gamifying Fitbit is a fun game to play on your iPhone in conjunction with your Fitbit device. I really enjoyed trying out the app, but then it just quit working. I have contacted the developer about this because they need to know and I’d really like to keep playing! Overall, it’s a great idea and I hope the app starts working again soon.