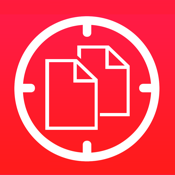 The Scanner and Translator app combines two advanced technologies: optical recognition and language translation engine. The scanning translator app can extract selected text from any photo and translate it for you.

The best document scanners for the iPhone 2020

Developed by Daniel Rekitar, the scanning translator app for iPhone is also compatible with the iPad and iPod touch. Rekitar and this app is constantly working to improve features, bugs and more. Recent upgrades include new languages, improved language detection and more.

The Scanner & Translator Free app offers two built-in functions that can be very useful when you are travelling to another country. It allows you to take photos of foreign language road signs, airport signage, and even whole menus or newspaper clips.

The app scans the image and extracts the text. You can then translate it to your own language within seconds.

This app uses advanced optical recognition software that can detect alphanumeric characters embedded in any image. It then imports the characters and displays them in text format.

It has the ability to scan paper documents, letters, newspaper articles, manuals, restaurant menus, and many more. As long as the image is clear, you will be able to scan any of its text area for conversion.

After scanning the image, you now have the option to translate the extracted text especially if it is written in a foreign language. Simply choose the source and target languages, tap translate icon, and the text will be translated within seconds.

If you want to listen to the translation, just tap the speaker icon to hear the machine generated audio output.

Sharing translated texts is also easy. This app allows you to send the translation via email and SMS. You may also share it with your friends on Facebook and Twitter. 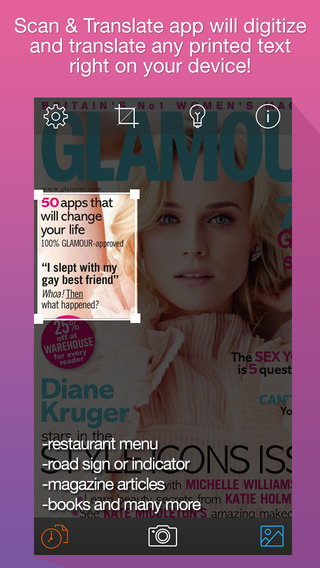 Scanner & Translator Free offers advanced optical recognition software which you can use for scanning any paper document or image. It extracts recognizable characters on the image and renders them in editable text format.

This app also offers a built-in translation engine. It supports more than 90 output languages and can recognize 70 source languages. It is capable of translating almost all major international languages from around the world.

Scanner & Translator offers built-in audio text reader. It can produce crisp, high-quality audio which allows you to listen to any translated text. The voice function of this app supports 30 major languages from Europe, North America, South America, and Asia.

And lastly, the app offers one-touch sharing option. It allows you to post translated texts to Facebook and Twitter. You may also save a backup copy of the translation by sending it to your own email address.

Recent updates to the app not only fixed bugs and glitches, but they also included new features like pausing and resuming text voicing. 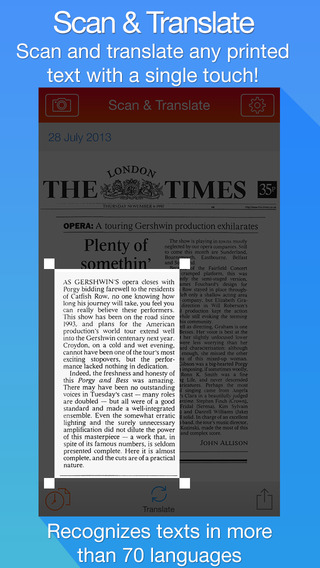 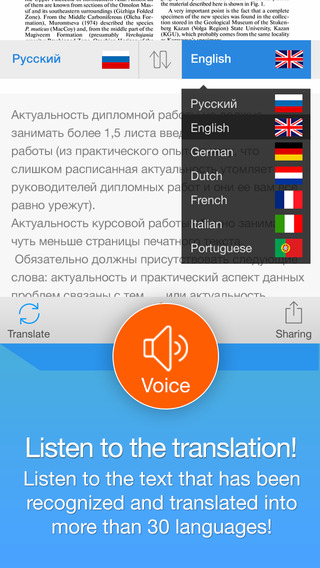 Scanner & Translator Free is a valuable tool for those who need a handy scanner and a translation tool. It can scan any paper documents and it offers accurate translation with voice output. This is one of those translating apps is perfect for language students, tourists, and business travelers.