You've seen the movies and now it's time to fasten your seat belts and prepare for some high octane Cars in this fast and furiously fun game for iPhone and iPad, brought to you by the world-class developers over at Gameloft.

Cars: Fast as Lightning is an insanely fun racing game which features some surprisingly impressive graphics and a whole host of upgrades and other goodies that can be obtained via in-app purchase. Some of the purchases appear to be a little overpriced but this is an otherwise excellent game aside from this.

What we have here is an iPhone and iPad app based on the Cars movie series made by Disney Pixar. Cars: Fast as Lightning is an officially licensed game with all of the original voice actors like Owen Wilson thrown in for good measure.

There are 20 different cars for you to choose from in this game, and with tons of different upgrades available you should be to enjoy plenty of variety that will almost definitely keep you coming back for more. 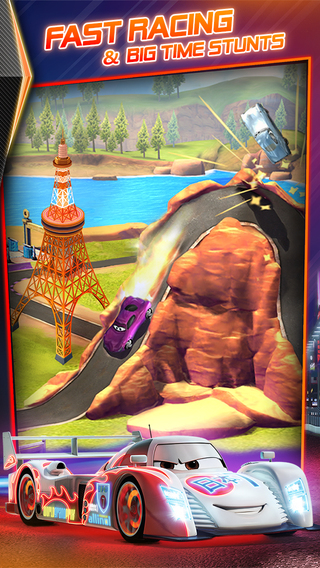 You can race as the Tuner Cars, Spy Cars, International Races, and more, and during the races you will be able to use various bonuses such as nitro boosts in order to get the upper hand on your competition.

One of the more defining characteristics of Cars: Fast as Lightning is that you can add your own track pieces which then allow you to pull off crazy stunts, sending you waltzing through the air in true Lightning McQueen fashion! 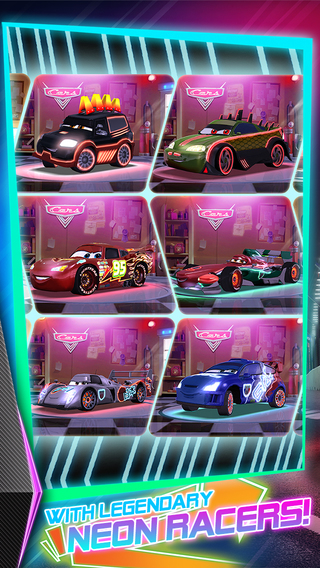 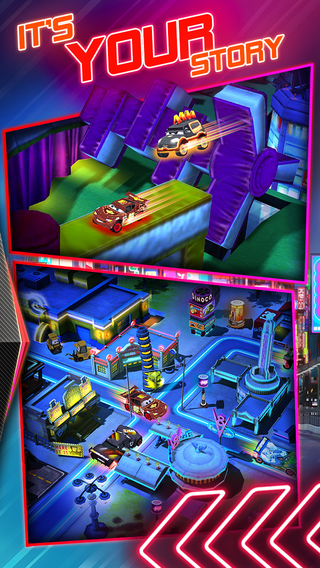 I love to see games like this that allow loads of customization, so regardless of your age, if you're a fan of the Cars movie series then be sure to check out Cars: Fast as Lightning on your iPhone or iPad for some seriously addictive racing action.