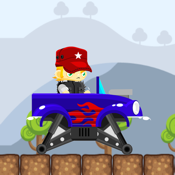 ABC Driver by Herant Awadisan is a simple little side-scrolling driving game that’s an addictive time waster. If you’re looking for stunning graphics and complicated game play this probably isn’t exactly what you’re looking for. This is a very basic game, with a simple set of rules that takes no time at all to learn how to play. If, on the other hand, you prefer simple little games that don’t try to over complicate the gameplay, then ABC Driver may be just what the doctor ordered. This is a free app and it’s compatible with the iPhone, iPad, and iPod Touch.

The best iPhone apps for drawing 2021

The side-scroller category is full of competition – featuring all types of different games from endless runners to driving games like ABC Driver. The key in these types of games is to keep the play as simple as possible while still making them challenging enough to keep the interest of the user. It’s a challenge that a lot of developers fail miserably at, but not the developers of ABC Driver. This game features simple controls and a basic game premise, but it’s still enough of a challenge that you won't get bored anytime soon.

What’s not great about this game is the pervasive use of advertisements. If you can imagine a way that a developer could find to insert an ad – chances are the developers of this app have already thought it up. There are banner ads at the bottom of the game all the time, pop up ads after every game, and after every third or fourth game you’ll be a captive audience of one for a full video ad. Let's hope a future update will have an in-app purchase to remove these adds so we can enjoy the app even more. This app will require 13.7 MB of available space on your iOS device. 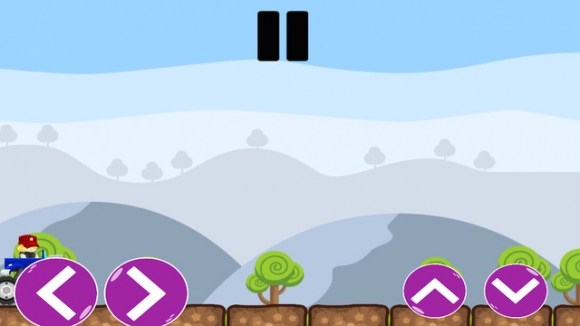 ABC Driver features some cute little graphics and some fun sound effects. The idea is to drive your custom offroad vehicle over some bumpy terrain, over hills, and around loops while trying to keep your ride from flipping over – it sounds simple but it’s not. The UI has an 80’s feel to it with simple, yet, recognizable landmarks throughout the game. To control your car. you have four simple controls to move you along.

To move forward you simply tap the right arrow in the bottom left corner, and if you want to slow it down you tap the left arrow next to it. As you gather speed and jump over hills you’re always in danger of flipping over – you can use the up and down arrows in the bottom right to try and balance your vehicle but it’s not easy trying to stay upright. This game has just the right amount of challenge to keep things interesting and fun. 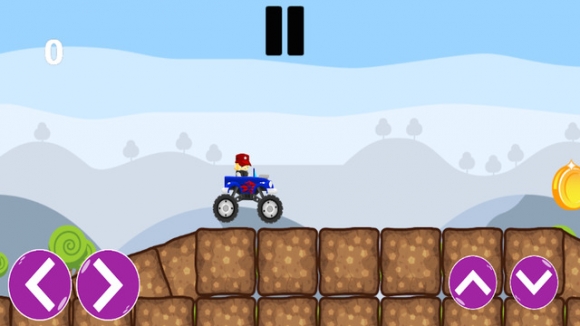 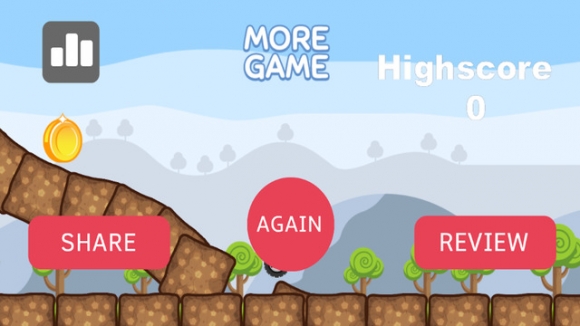 ABC Driver is a simple little side scrolling car game that’s a lot of fun for all ages. The graphics have a sort of 80’s feel to them and the gameplay is very simple to master, which makes it even more engaging. The ads are annoying. However, that's the only complaint to an overall charming, retro-style game.