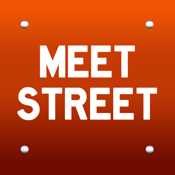 If you’ve ever been frustrated trying to keep all of your appointments and social schedules in order you’re certainly not alone. Our smart phones are great devices that allow us to keep our lives organized to a point, but even they can be frustrating at times. Why? Well, quite simply because we all use different platforms that don’t necessarily communicate easily with each other.

It’s only Apple users that use iMessages, which makes it difficult to communicate with friends and family if they’re using a Samsung Galaxy. You can communicate using other methods such as email, or Facebook messenger, but if you’ve got multiple people you’re trying to communicate with her this can become quite confusing. The idea behind MeetStreet is that you can easily set up an appointment with anybody in your contact list and communicate with them using several different methods all from within one app. It definitely streamlines things. This is a free app and it’s compatible with the iPhone, iPad, and iPod touch.

The first thing that comes to mind when considering how useful this app is - what does it really do that you can’t do in other apps? Apple's built-in calendar function, and reminder apps can do pretty much everything this app can do as far as keeping track of appointments – the same goes for the Android platform, it has Google’s built-in calendar app as a standard part of its operating system. The reason that MeetStreet is worthwhile is not so much because of the fact that you can make in store your appointment information within the app, but rather because of the multiple different ways that allows you to quickly communicate the appointment with people in your contacts.

While MeetStreet is a fairly simple app to use, I was a little frustrated by its complete lack of any instructions – they simply don’t tell you anything, you’re left to figure things out entirely by yourself. The user interface is also a little awkward. This app will require 9.6 MB of available space on your iOS device. 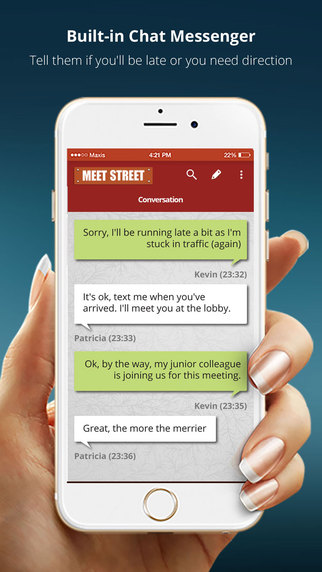 The first time you use the app, you’ll be required to verify your identification via a text message sent to your cellular number – you also have to create a contact name that you will use in this app when setting up appointments with friends, family, and business associates.

The main interface of the app includes a calendar at the top and your meeting lists in the bottom half of the screen. In the top right of the screen you’ll see three main tools that you can use to navigate your way around the app. There’s a search icon which allows you to search for a particular appointment quickly, a pencil icon which pulls up the form that you use to create and send an appointment request, and a settings icon which allows you to turn on and off notifications as well as adjusting your profile. 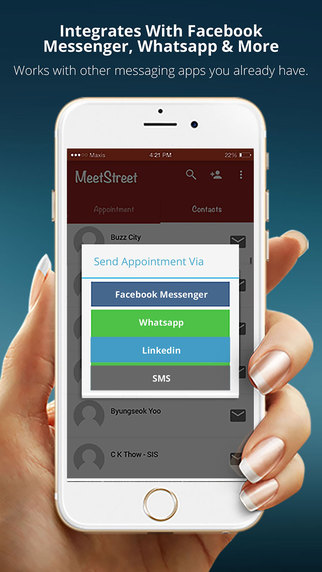 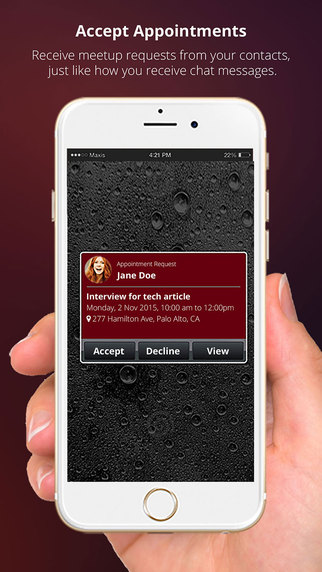 MeetStreet is a simple social media tool that allows you to quickly set up appointments and send requests to attend to people in your contacts list. It doesn’t have the greatest user interface though and you’re limited in the number of people you can invite to appointments if they aren’t using the app as well. However, this app still meets its purpose and is a viable option.